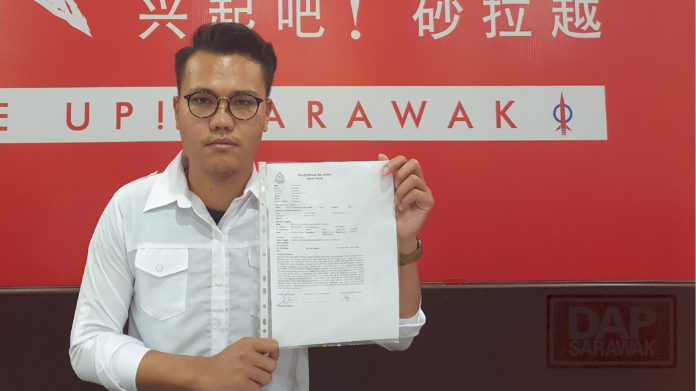 A police report has been lodged towards YB Juanda in view of the severity of the matter; the word ‘ULUN’ is extremely degrading in this day and it is an insult for the Dayak community. Amongst the 12 seats won by Pakatan Harapan in the last General election, 5 out of 12 seats are the Dayak seats and those Dayak YBs are being elected by the Dayak Communities. So YB Juanda also referring to the Dayak community as ULUN.

It is a disgrace as YB Juanda is a former Mufti for Sarawak and yet he is not sensitives to the Dayak community by doing such remarks. This remark had hurt and sow extend and evoke anger to the Dayakscommunity who voted for the Pakatan Harapan representative to represent them in the recent general election.

In the Longhouse tradition, saying someone as ULUN will resort to punishment by the local longhouse adat by the Tuai rumah. Therefore as a Dayak, I urge the Majlis Adat Istiadat Sarawak to take appropriate action against YB Juanda. For YB Juanda, the remark might be nothing to him, but not for the Dayak community as it is a disgrace calling.

This ULUN remark shall be prohibited from the Dewan as it is not an appropriate remark to use in the Dewan and if we fail to take action now, the future generation will continue to call somebody else as ULUN and will not respect the Dewan or in general.

YB Juanda also must publicly apologize for his remark as he is hurting the Dayak community who vote the Pakatan Harapan last GE14. He is just making himself look like a fool by using such a remark to gain the support but did not keep his state government accountable. It is what the Malay proverb says ‘’Menang sorakan, kampung tergadai”.

To YB Juanda, please walk your Sarawak First slogan and as a former Mufti please be sensitive to the Dayak community in Sarawak be careful with what comes out from your mouth.