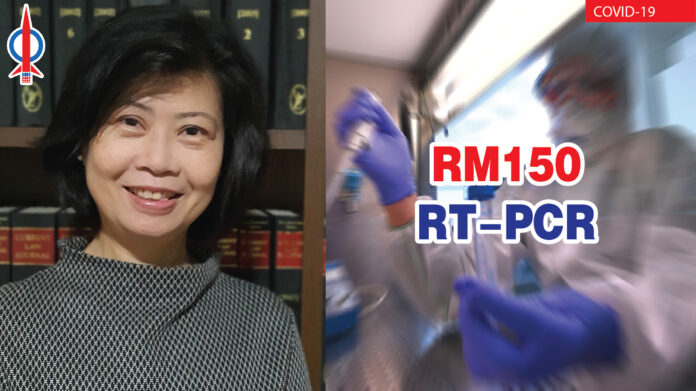 The decision by Bintulu District Disaster Management Committee (BDDMC) to require a rt-PCR test for all those who wish to enter Bintulu and even to just pass through Bintulu to Miri and the northern zone of Sarawak is adding on to the financial burden on the people of Sibu and Miri.

In Sibu, these people are swarming to KK Lanang for the swab test and are being charged RM150.00 per person. I was informed that the charge is only for persons travelling to and passing through Bintulu for business or private matters. Even so, this is a huge financial burden for a lot of people especially during this time when most people are still financially constraint. And for those who drive, this cost would at least be doubled as people usually do not drive alone for long distance trips.

In this time of pandemic, most people do not travel for leisure. They only travel because they are forced to travel for work and business. And since this requirement for the swab test to enter Bintulu is by the BDDMC and has been endorsed by SDMC, it is not right for the government to charge the people for the swab tests when they are being forced by circumstances to travel. It is unfair to impose the financial burden on them when most people are still trying to make ends meet.

The decision by BDDMC is also placing an added burden on the healthcare system in Sibu at a time when it is already overstretched in terms of resources and manpower. Because of the travelers to not only Bintulu but also to Miri and the northern region of Sarawak, KK Lanang has to handle many more swab tests. And if these travelers from Miri and northern zone are found positive in Sibu before going back, they would be quarantine and treated in Sibu, hence the undue stress on the frontliners in Sibu. Furthermore, the fact that the decision does not similarly impose the same requirement for those who travel from Bintulu to other parts in the state is causing divisional friction between the people.

I urge SDMC to exercise more supervisory control over the decisions made by each District Disaster Management Committee. While it is good that each District Disaster Management Committee has some sort of autonomy to decide on the cause of action for their own particular division, SDMC should make sure that the decisions made would work in tandem and in support of the other government departments and health systems in other divisions. All decisions which cause otherwise should not be endorsed by SDMC.

SDMC should therefore not turn a blind eye to what is happening on the ground. As they have already endorsed the decision of BDDMC to require the swab test until April 18th and maybe even beyond, if extended, then they should make sure that the Health Departments in other divisions have the resources and allocations to handle the extra work imposed on them. Only in this way, can we help the whole Sarawak to recover from the pandemic together and not for only certain divisions to recover at the expense of other divisions.