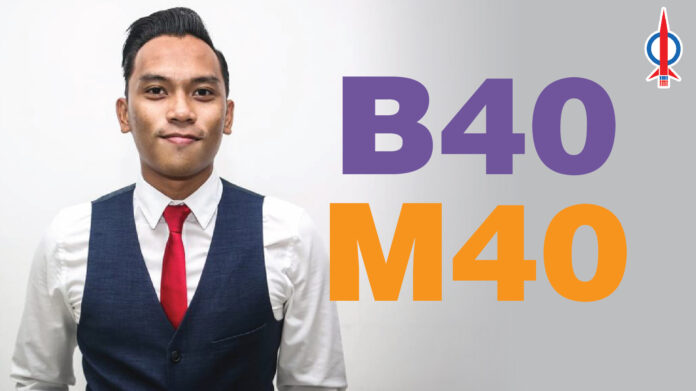 When the Minister of Finance Senator Tengku Zafrul Aziz tabled the Supplementary Supply (Budget) Bill 2021 in the Dewan Rakyat yesterday, everyone’s immediate reaction was optimistic as the budget will help in terms of revenue projections and growth.

On my part, I was hoping that the so-called “2021 Unity Budget” will include the bulk of Pakatan Harapan (“PH”) six key fiscal and financial recommendations which will definitely give benefits for both Below 40 (“B40”) and the lower tier of the Middle 40 (“M40”) groups regardless of their races, religious convictions and political affiliations in this country. One of the six fiscal and financial recommendations proposed by PH in order to revive the economy, jobs and businesses is an automatic extension of bank loan moratorium by another 6 months until 31st March 2021.

The reason behind PH proposing this recommendation is to ease the financial burden faced by the B40 and M40 groups that are heavily affected by the Covid-19 pandemic.

Before Covid-19 pandemic hit the globe, these B40 and M40 groups have been struggling to improve their household income. They are teachers, entrepreneurs, doctors, nurses, lawyers, journalists, engineers, chefs, researchers, lecturers, police officers, flight attendants and etc. Those who have the financial capability, they expand their financial commitments by making loans with the bank to buy properties such as cars and houses and some even making personal loans for education and investment to improve their standard of living. Without them, the banking industry would not earn much profit.

As of 2019, the banking industry had recorded RM32 billion of profits and such proposal for an automatic extension of bank loan moratorium by another 6 months will cost them only RM6.4 billion that will help 8 million Malaysian individuals and companies. If we do a simple mathematical calculation, the cost of RM6.4 billion out of RM32 billion of profits constitute only 20%. If a responsible government look at this percentage cost, they will definitely say that what PH proposed is reasonable and sensible recommendation.

Assuming that the banking industry is unwilling to shoulder such corporate social responsibility (“CSR”), then, it is the moral duty of the current government led by Perikatan Nasional (“PN”) to step in. They hold the majority in the Parliament and they control the government in the Cabinet, therefore, they should have the power to regulate this banking industry through both policy and statute law to obligate them to shoulder such CSR by extending automatic bank loan moratorium.

However, many Malaysians especially B40 and M40 groups are deeply disappointed with the PN government when they failed to announce the automatic extension of bank loan moratorium by another 6 months. Instead of helping the B40 and M40 groups, they proudly announced that the PN government has agreed to lower the income tax rate by 1 percentage point for those earning taxable wages from RM50,001 to RM70,000 which is expected to benefit 1.4 million taxpayers. Any reasonable man would know that such announcement of income tax reduction only benefits the Top 20 (“T20”) but, at the same time, reduces the government’s revenue.