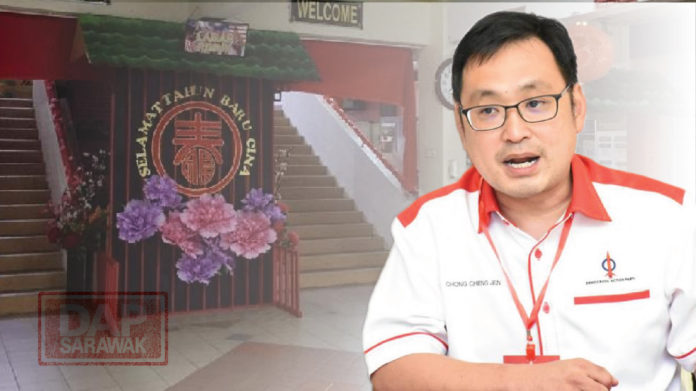 It is very misleading and mischievous of the SUPP to try to confuse the people between PUTRA (Parti Bumiputera Perkasa Malaysia) and BERSATU (Parti Pribumi Bersatu Malaysia) as the two parties sound similar when translated into Chinese, both having one common Chinese word.

The PUTRA was formed from the previous PERKASA.  It has applied to join Pakatan Harapan coalition but was rejected.

PUTRA is a party that survived on playing up racial sentiment and is now a proxy of UMNO.

In the past, while BN was still the Federal Government, nothing was done by the Government to stop the incendiary acts of the PERKASA, one of which was the giving out of white packet during Chinese New Year celebration.  Then, none of the UMNO ministers or leaders came out to condemn such acts of the PERKASA.  In fact, the PERKASA group used to have their ways with the BN Government.

However, this is not the case when it comes to PH Government.

When the PUTRA tried to incite racial tension by forcing the Puchong school to take down the CNY decoration, the Prime Minister Office immediately came out with a statement to state categorically that there is nothing wrong with schools putting up CNY decoration.

The PH ministers from all 4 parties came together and visited the school to restore the decoration.  Action speaks louder than words.  The PH Government will not fight fire with fire or fight racism with racism, but we will fight racism with the manifestation of racial harmony and mutual respect for each other’s race, language, culture and religion.

In the past, one never saw an UMNO minister standing up for issues that concerned the Chinese community.  In fact, the racial tension issues were brought up with the tacit consent of the UMNO leaders.  This is the main difference between PH and BN.

With yesterday’s strong showing of unity amongst 4 parties for racial harmony and mutual respect for one another’s culture, we hope to slowly rectify the damage done by the BN over the past 56 years and steer the country in the right direction.  Let us re-build our nation and move forward on a strong foundation of racial harmony and mutual respect.