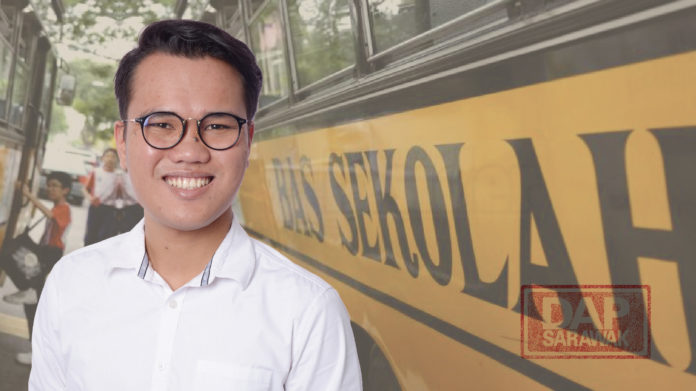 Abang Jo led the GPS state government to introduce the what so-called “People-Centric” budget in the DUN last Monday.

Abang jo in His budget speech last Monday saying that the state government will introduce the free bus services within the Kuching city.

But the state government must remember, most of the low-income families live outside the Kuching city. If the government only focuses on the Kuching city, the government must be specific in which are it will be implemented. Is it only in Padungan, Pending or Kota Sentosa? What about those students from the lower-income study in UNIMAS and UITM? The students of UNIMAS and UITM are currently burdening by the expensive rate fare and poor bus services to serve them when they want to go to the city area during their free time.

Giving free bus for students is essentials for a host of reasons, key amongst them include reducing the cost of living and lowering our environmental impact. Having an accessible, safe and reliable public transportation system is one of the main concern for the GPS government should look for before they introduce the free bus services for the students.

The state-government also should consider my below questions;

I believe and expect these issues have been discussed elsewhere within the state government, but in this piece, we take stock of current thinking and advance some policy initiatives towards achieving some minimum standards in public transport commuting. As a Transportation and logistics graduate, I am more concern with the mentioned above issues instead of having a ‘looking good’ project which sooner or later will damage our own image.