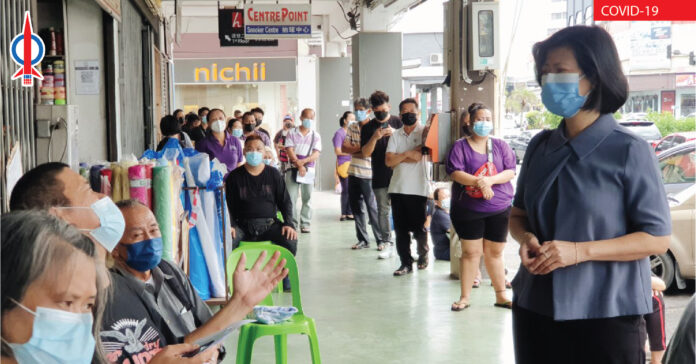 Jabatan Kebajikan Masyarakat Sarawak (JKM) should promptly look into and resolve the issue of social welfare recipients who have been sent to Sibu Bank Simpanan Nasional to open a new account for the purpose of receiving their monthly payments from Social welfare. Since BSN is also serving other customers with other matters, they can only allocate the time to serve about 20 customers per day for those who need to open the new account. This is causing long queues and extreme frustration to the people as a lot of people have been turned away despite queuing from early in the morning. And some of these people are elderly persons or persons who are physically inconvenient. It is also difficult to observe SOP outside the bank premise which does not have sufficient waiting spaces.

I understand that these persons who have been sent to BSN originally already have their account in CIMB Bank. But because CIMB Bank is changing all their customers to online banking, JKM is moving them all to BSN which still accept manual payments through cheques. I further understand that if these persons can convert their saving accounts to the online platform in CIMB, there won’t have any need to send them to BSN for the new account.

The question is why is JKM not agreeing to the conversion from manual to online when the latter is obviously more convenient and safer, especially during these pandemic days? There is absolutely no reason to resist the conversion as digital platforms including those in banks are the primary element in digital economy which the State Government has been so zealous promoting.

I therefore call upon Dato Seri Fatimah Abdullah and JKM to look urgently into this impasse between JKM, CIMB Bank and BSN in Sibu and which is causing a lot of hardship to the social welfare recipients in Sibu.