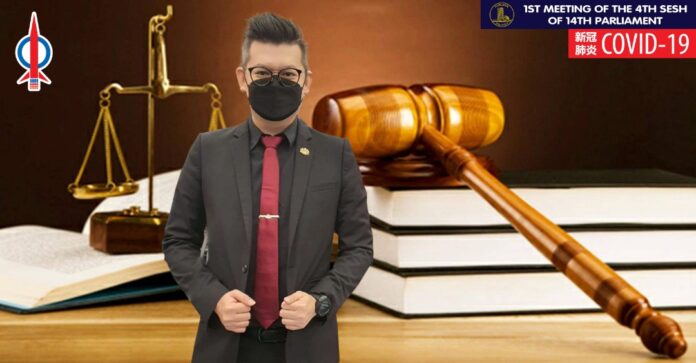 The Federal Government must lay out a clear timeline and tangible plans to repeal Section 309 of the Penal Code to decriminalise suicide attempts and prioritise its tabling the latest in the upcoming Budget Parliamentary sitting scheduled to start at the end of October 2021. The national suicide registry must also be set up immediately to formulate targeted measures to be taken to address the rising suicide rate.

While the law is yet to be amended there must be a moratorium on all prosecutions on cases of attempted suicide.

While I welcome the recent announcement by the Deputy Health Minister on the government’s intention to repeal Section 309 of the Penal Code which carries a penalty of up to one year in prison, with or without a fine, on individuals who survive suicide, there must not be any further delay to repeal this archaic law to ensure that these individuals are given the necessary therapy and support needed.

There is no evidence that criminalising suicide acts as a deterrent and beyond that, can actually have a very negative effect, further marginalising people from trying to access very much needed help from mental health services. Decriminalisation of suicide is also a step in making it okay to safely talk about suicide and mental health

This is even more pertinent especially with the sharp jump in suicides during the Covid-19 pandemic. There were total of 638 suicides recorded in the first 7 months of 2021, as compared to a total of 262 cases for same period last year, this is a staggering 143% increase in cases. It has even surpassed the total number of cases reported in year 2020, which is 631 and 609 in 2019.

On average, two suicide cases were reported every day in Malaysia between 2019 to May 2021. While COVID-19 cases grew in number, we cannot deny that the pandemic has played a part in the rising number of suicide cases as people struggle with job insecurity, isolation, loneliness, as well as mental health concerns.

A recent study that was release revealed the increase of suicide ideation (thought of committing suicide) by 10.81%, attempted suicide by 4.68% and self-harm by 9.68% during the Covid-19 pandemic in comparison no pre-pandemic days.
Now since the government has decided to decriminalise attempted suicide, they should also further step-up efforts to prevent suicide by raising awareness and making mental health and counselling services accessible to everyone, especially those in rural areas.

That is why on top of decriminalisation, the government must come up with a holistic plan to address the “silent mental health pandemic” including improving mental health services and provide a more robust care towards people with a current psychiatric diagnosis.

While awareness and education are good, but there is an urgent need for the government to increase the number of mental health workers to support the nation’s needs and ensure access of quality services to all.

The report by Dr Marhani Midin, Nor Zuraida Zainal, Toh Chin Lee and Nurashikin Ibrahim said only half of the psychiatrists were serving the health ministry while the rest were in the education or defence ministries, or in private universities and in clinical practice.

Certainly, more efforts are needed to meet the immediate dire mental health needs of the population during and after the pandemic. That is why direction or plans to address mental health issues and build community resilience must be a core priority even under the 12th Malaysia Plan which must include a national strategic plan with tangible measures for prevention, intervention and treatment.

This of course in line with this year’s theme for World Mental Health Day on Oct 10 is “Mental health care for all: Let’s make it a reality”.