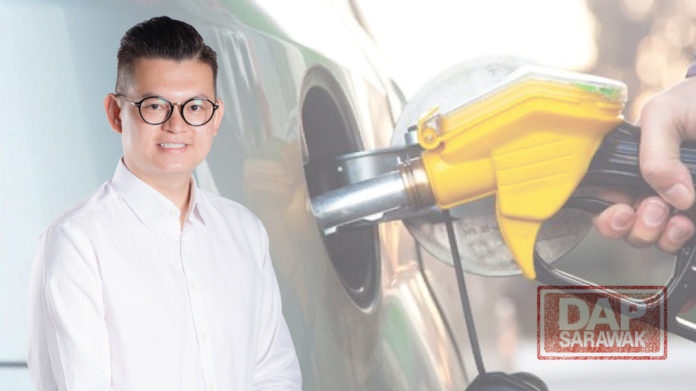 I will be pushing in the upcoming Parliamentary sitting for the cabinet and the Ministry to consider giving special consideration and an exemption to Sabah and Sarawak in the implementation of the targeted petrol subsidy scheme and maintain the current subsidy system especially for RON 95(RM 2.08) and Diesel in Sabah and Sarawak.

This is in view of the recent announcement by both the Domestic Trade and Consumer Affairs Minister Saifuddin Nasution Ismail and the Deputy Minister YB Chong Chien Jen on the proposed mechanism on the implementation of the targeted subsidy scheme although it has to be finalised and decided by Cabinet.

The federal government is currently subsidising the price of RON 95 and diesel and capping RON 95 at RM 2.08 while the price of RON 97 is floated weekly. Based on official statements by the Ministry of Finance, the government spent a total of RM 4.89 billion in subsidies for RON 95 and diesel between January and November 2018. For this year, the Federal Government spends about RM 50 million a week in subsidy from period of 23rd August to 13th September 2019.

Currently the Federal Government is spending even more due to the higher prices of oil due to conflicts in the Middle East.

Based on the announced proposal, the petrol subsidy scheme is only applicable to Malaysian household earning below than RM 3900 a month with cars under 1,500cc and motorcycles under 125cc. Cars will be eligible for a subsidy of 30 sen and motorcycles 12 sen per litre of RON95 petrol, limited to two cars and two motorcycles per household.

While i understand the heavy financial implication it may cost the government as well as the risk that such subsidies are abused to benefit those that are not qualified , but i urge that Sabah and Sarawak to be given special consideration in view of our huge contributions to the federal coffers especially with our oil & gas resources.

This will send a strong message of appreciation and special consideration to Sarawak and Sabah on our contribution to the federal government as well as a recognition of our special status in the federation. On top of that, the proposed targeted scheme may not be so practical in the context of Sabah and Sarawak as here many families own higher CCs vehicles not because they are rich, but out of necessities due to the road conditions and ground terrains of both this territories.

Thus, even in my past Parliamentary debate, i have urged that we will be given special consideration due to the higher usage of these vehicles, especially in the rural areas and also among other rural transportation like long boats or boat express. This coming Parliamentary session, i will continue to push for this special consideration to be given on top of engaging the Finance Ministry on the issue.

I acknowledge that a proper check mechanism has to be in place to make sure that those intended parties benefit from the system rather than it being abused and used to profit the rich instead. I also urge for the border patrol to be more vigilant so that such subsidies fuel are not sold instead to neighbouring countries or even commercial factories where these subsidies are not intended to benefit.