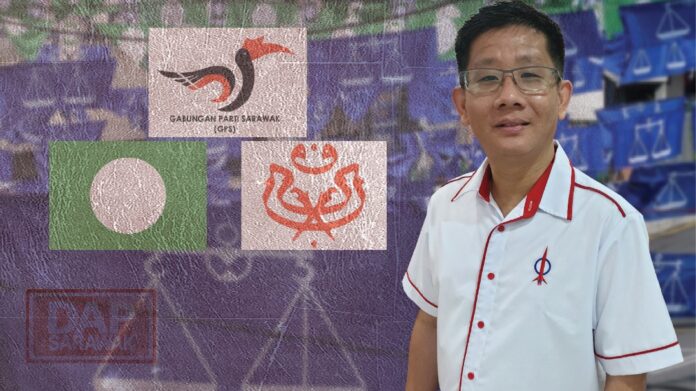 Before the power grab and when the options were laidInfront of them, GPS stated that they will only decide who to join after securing Sarawak interest. Yet withseemingly nothing tangible been offered, GPSchose to support the formation of PN (Perikatan Nasional) and thus the collapsed of PH (Pakatan Harapan) government. This is the first time in Malaysia the current PN governmentisnot chosen by the voters via a General Election.

The power grab that GPS play a part in means the returning of the old way. Two major voice were noneother than UMNO and PAS. UMNO is exactly the reason why voters rejected the previous kleptocracyBN government, while what left in PAS now are those of religious bigots. The progressive members in PAS that we once know are now in AMANAH. Both UMNO and PAScontinuously playing up racial and religious issues to gain support and with GPS exercising their ‘king maker status’ therefore jeopardise the secularism of Sarawak and Malaysia.

GPS had done the exact opposite and not thinking of what is best for Sarawak. The GPS’s secretary-General now claimed that they are part of PN, contrary of what was said by the Chief Minister of Sarawak on a press statement spotted on 7th March, quote “…we are a separate political entity from PN and we are not in PN.” Has GPS quickly forgotten the RM1.25 billion project that was intended to benefit 369 schools in Sarawakrural duringthe theirprevious coalition of BN? GPS still oweit to the people an explanation, how can Sarawakians continue to trust that they will be able to safeguard the interest of Sarawak? During the awarding of the project, payments continue to be made, even though the terms of the contract were not being fulfilled by the company and rural schools were now left without power supply. How project such as this and billions spent in 1MDB case which GPS darenot make any voice benefitting Sarawakians? GPS is now just returning to the old way by supporting the UMNO PAS government by putting the corrupt regime back in power.The discharge of Riza Aziz from his charges in court is another indication of the return of the kleptocratic regime. Are we going to see more of such incidents unfolding themselves in the near future as those involved in corruption charges will one by one bedischargedon agreements that they return part of their loots to the Government?

Least us not forget that it was GPS in 1976 under their previous coalition of BN, hadcompromised Sarawak’s rights in respect of our natural oil and gas resources and today they chooseto repeat history again by not to support the PH government that reject corrupt practices of UMNO and religious bigots of PAS. Instead GPS joined force with UMNO/PAS leading to the collapsed of PH government that was voted in and chosen by the people, undermining the people choice.