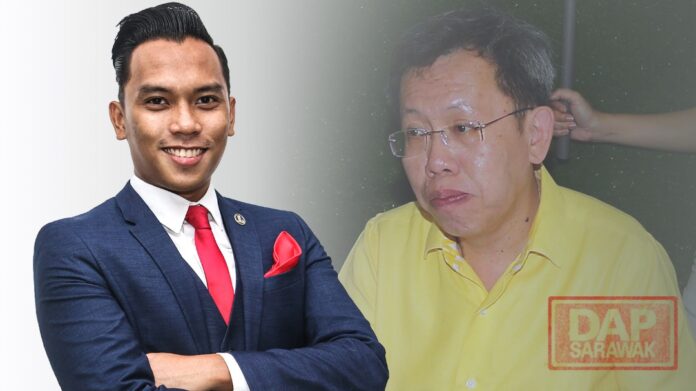 Yesterday, Sarawakians were shocked to read the news that some of GPS leaders were “shocked” over a memorandum of understanding (“MoU”) signed by the party leaders to form the so-called pro-Malay and pro-Islamist PN. However, today, Sarawakians get even confused with GPS.

In less than 48 hours, GPS has made the biggest U-turn in their political decision by reversing the stance made by the coalition’s secretary-general. Although this is not the first time GPS has made a U-turn, but for sure, this is the ugliest U-turn they’ve ever made so far. Sim Kui Hian was reported by the The New Sarawk that GPS works closely with PN despite being independent. See the link https://thenewsarawak.com/under-fire-gps-leaders-now-deny-joining-pn/

My question to Sim Kui Hian, what’s the different between working closely, working together and being a part of it? If it’s merely working closely, how close is the cooperation between GPS and PN? If it’s only working together, how together are both GPS and PN in making decision? If it’s just being a part of PN, which moves shows that GPS is part of PN? Can SUPP kindly explain to Sarawakians the differences or similarities, if any? So, with all of these nonsensical denial, does SUPP think that the majority of Sarawakians are gullible and are easily fooled?

Having four cabinet ministers from GPS under the pro-Malay and pro-Islamist PN lineup just goes to show that GPS is not just merely working closely, working together and being a part of/with PN but they are, in fact, the members of the weak and loose coalition. Yes, it’s true that pro-Malay and pro-Islamist PN have not formally registered as a political entity with the Registrar of Society (“RoS”) but bare in mind, a coalition is still a coalition, be it formal or informal. Period.

No reasonable man would believe any U-turn made by GPS leaders and no reasonable Sarawakians would ever accept a pro-Malay and pro-Islamist coalition like PN as it does not adhere to our Sarawak values that is moderate, harmonious, multiracial, multilingual and multi-religious. The majority of Sarawakians are very worried that their values will soon be influenced by the PN policies that is pro-Malay and pro-Islamist. Sarawakians are not against the Malays nor Islam but the pro-Malay policies under UMNO and pro-Islamist policies under PAS does not suit our values in Sarawak. This is because both UMNO and PAS doesn’t adhere to moderate approach because they are ultraconservative and radical.

Another thing is that, Sim Kui Hian claimed that GPS remains independent. What nonsense is he trying to claim? If SUPP claimed that GPS is independent from PN, they should be bold enough to follow the example shown by the Scottish National Party (“SNP”), Democratic Unionist Party (“DUP”) and Plaid Cymru for not joining the UK cabinet. GPS can choose to follow the examples by SNP, DUP and Plaid Cymru by remaining independent instead of joining the federal cabinet under the pro-Malay and pro-Islamist PN. If Sim Kui Hian is still not so sure what does independent means, I would humbly advice him to draw the Euler diagram on his yellow shirt for better understanding.

If GPS wants to support the pro-Malay and pro-Islamist but remain independent, GPS can choose to be the “supply and confidence” to PN in the Dewan Rakyat to support the government in motions of confidence and appropriation or budget (supply) votes, by either voting in favour or abstaining. If GPS has a leadership that stands firm to its course, they can make the right decision by renaming independent. There are plenty of choices to choose by why on earth did GPS have to choose the pro-Malay and pro-Islamist PN?

Now that GPS is in the federal cabinet under the pro-Malay and pro-Islamist PN, they are far from being a “supply and confidence” to PN but instead, a coalition government. Which means it is a more formal arrangement than a confidence-and-supply agreement. Does GPS even know what the meaning of supply and confidence is?