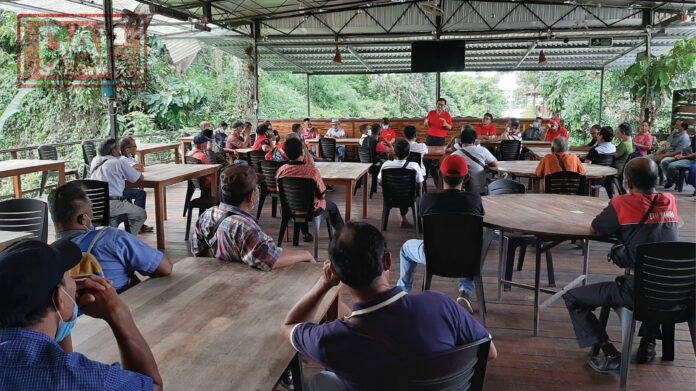 No one person can hold party ransom and stop the progress of the party. The quitting of the Serian Chairman, Edward Andrew Luwak, will not slow down the pace of the party in Serian.

I have today called a meeting of the Serian Branch members to brief them on the quitting of the branch chairman.

In the short briefing, I have shared with them the party’s decision that the party intends to field a new young candidate for the Bukit Semuja state constituency in the coming State Elections. This has been communicated to the Serian Branch chairman sometime in March, this year.

As the party has in the past fully supported the ex-Serian DAP chairman 3 times in elections, twice Parliamentary Elections and once state elections, I was hoping that the same can be reciprocated. But sad to say, instead of helping the party, he quits.

Notwithstanding his quitting, most of the branch members are still with the party as evident in today’s turnout at short notice, most are in high spirit, unperturbed by the branch chairman’s quitting the party. This shows the high level of discipline and sense of belonging of the members to the party, not to an individual leader. Leaders come and go, but party and party’s principle and struggle remain strong and intact.

Despite the small hiccup, it will not hamper DAP’s work in Serian. Serian branch is now tasked to win the two state constituencies in Serian for DAP in the coming State Elections, namely, Bukit Semuja and Kedup and contribute to Movement of Change in Sarawak.