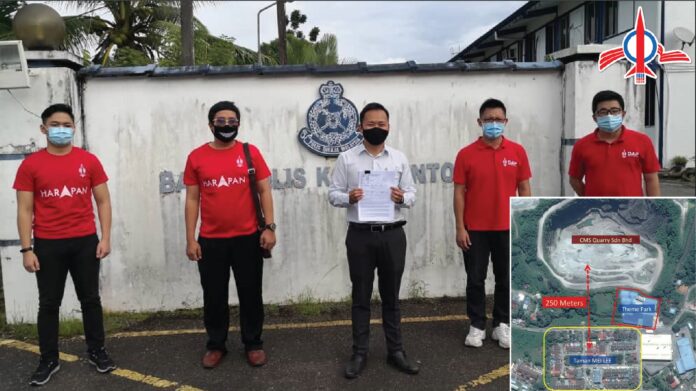 It has been 5 days since the expiry of the licence. Notwithstanding the same, loud noises from heavy machinery can be heard by the residents along Jalan Stakan and Jalan Sungai Tapang. Lorries with heavy loads were also seen leaving the premises of Stabar Quarry. To the people, it seems that business is as usual despite the announcement by Datuk Amar Awang Tengah Ali Hassan.

Noise and air pollution are still rampant at this juncture and this would indicate that there are still ongoing works at Stabar Quarry. I have written to the Land & Survey Department as well as the Ministry of Urban Development and Natural Resources to notify them of this suspected activities which, if true, would be in contravention to the laws of the state.

Yesterday I have lodged a police report regarding the suspected ongoing operations at Stabar Quarry. In light of the previous nonchalant attitude of the relevant State authorities to my letters respecting Stabar Quarry, It is hoped that the police force will look into this matter with great urgency.