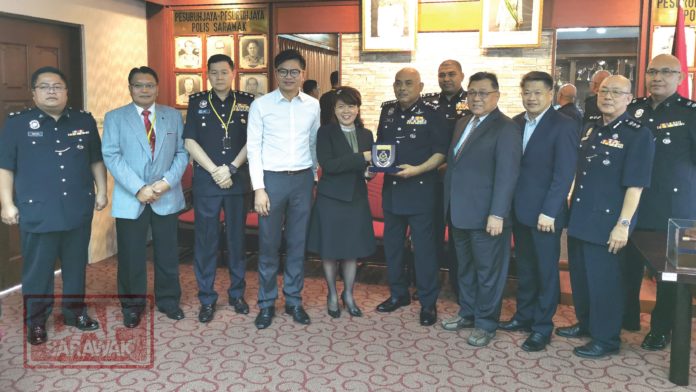 Sarawak State DAP Elected Representatives paid a courtesy call to the Sarawak Police Commissioner Datuk Azman Yusof to have an opportunity to highlight various security issues which are of public concerns.

Besides discussing on the public security issues in various areas of Sarawak, like burglary, robbery, drug abuse and others, another issue that was brought up during the meeting was the difficulty encountered by the public when lodging a police report.

Pending Assemblywoman YB Violet Yong particularly pointed out that amongst the complaints she received were that there were cases where public were being kicked around like a ball when they tried to call either for patrolling police or when they want to file a report.

So she hoped that the police will be able to understand the people’s feeling. She said some of their houses were broken into and they were already scared and the police’s behavior added to their stress and trauma.

She believes that any police officer on duty should be more compassionate in understanding the people’s feeling and needs and they should put in every effort to assist the people when it comes to lodging a police report or seeking police help. They should not reject or simply sent off the public who wants to make a police report.

In regards to this, Sarawak Police Commissioner Datuk Azman Yusof responded by saying that the police officer on duty has the responsibility to carry out his/her duty diligently and put his/her best effort in providing the help and assistance to the public.

He also warmly invites the close cooperation between the people’s representatives and the police force, and to jointly organize various crime prevention activities in order to raise public awareness.