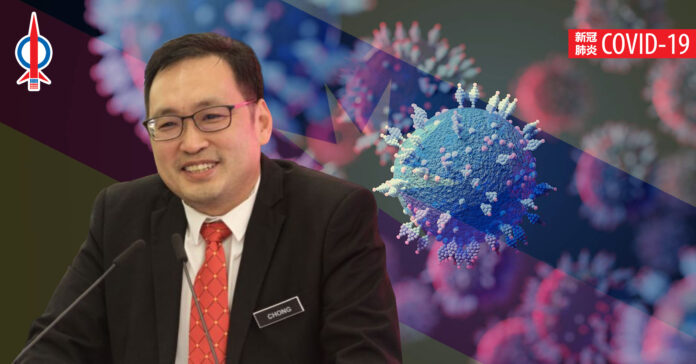 The Sarawak State Government must give the people a full explanation on one of the worst performing states in the management of Covid-19 pandemic in the country.

Notwithstanding that Sarawak is one of highest rate of vaccination states in the country, yet Sarawak
is still:

All these top-ranking positions do not reconcile with the claim by the State Government that we are doing well with the management of the pandemic. If truly the vaccination works, why do we still have such high number of cases and why are there still so many COVID patients admitted to ICUs as compared to the other states in the country?

What makes the matter worst is that the reported positive figures for the last few weeks are likely to be the understatement of the actual situation on the ground because since September, the State Government has adopted the new policy of not doing any testing on those close contacts who have no symptoms.

With such deliberate reduced testing, one would have expected the positive cases to drop drastically. Yet, Sarawak remains the state with the highest number of new positive COVID cases for most days in September. The question that all Sarawakians are asking is “What has gone wrong?”

So far, the Chief Minister has been keeping very quiet on this matter and the SUPP President has been skirting the issue in not providing a clear explanation and strategy to tackle the situation.

One of the most oft-quoted statements of the SUPP President is that “the people have to take care of their own health”. If such were the position of the State Government, then what use of it the role of the State government?

It seems that, despite the so-called autonomy, the Sarawak GPS State Government has totally lost control of the situation and is not sure what strategy or direction to move the State forward.

As the leader of the State, Abang Jo cannot continue to push the responsibilities to his deputies. He must come forth to provide the people with a full explanation of the current dire situation and a clear strategy to tackle the problem.

With the current pandemic situation, there is no point for Abang Jo to talk about 2030 when many businesses are finding it hard to survive the next 6 months.

Deal with the current problems of the people first before hallucinating about Year 2030.

To open up our economy, the State Government must: