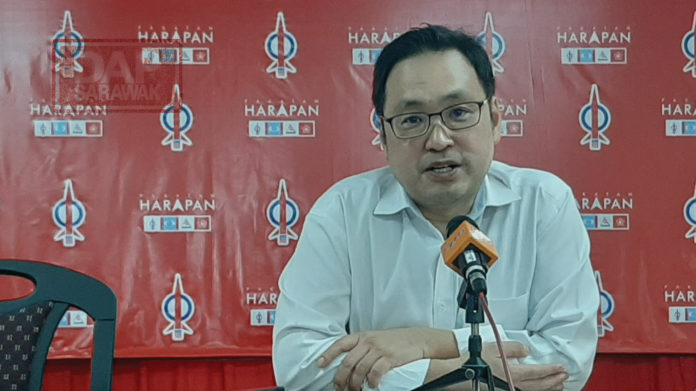 2019 has been a challenging year for PakatanHarapan Government.

2.Full refund of RM37 billion in GST and income tax which was wrongfully withheld by the previous BN Government for years.

6.Our Gross Domestic Product (GDP) growth for the first, second and third quarters of 2019 were 4.5%, 4.9% and 4.4% respectively which has outperformed all our neighbouring countries.

9.Successfully tracing the money trail of 1MDB thus resulting in the return of a total sum of RM1.45 billion from the embezzled 1MDB fund. There are still ongoing efforts to trace the other embezzled fund of 1MDB.

Despite these achievements, racial discord and polarisation seems to have taken the central stage of the nation’s attention.

With the dawn of 2020, the PH Government shall put three matters as its top priority agendas.

The first agenda is to focus on the implementation of the outstanding promises of the PakatanHarapan’s 2018 Elections Manifesto.

The second agenda is to focus on resolving the racial polarisation issue. This will not be an easy task as the problem is the result of 56-year indoctrination and mutual mistrust. In all societies, there are bound to be the small minority extremists whose voices are the loudest. They have the agenda to drive a wedge amongst the races to serve their personal and political gains.

However, I do believe that the great majority of Malaysians want to see a Malaysia of multi-cultural, multi-religious and multi-racial harmony. To achieve that, we shall need the co-operation of all parties, the cabinet ministers, the elected representatives from both divide of the House, the NGOs, the learning institutions, all Malaysians as a whole and the media.

The third agenda is to focus on re-building the Malaysian economy. There are both the internal and external challenges, namely the lack of confidence amongst the business sector caused by political uncertaintywithin PH and the fluid and uncertain international trade caused by the trade war between US and China. Despite all these, statistically Malaysia has done reasonably well compared to other countries in 2019.

As we moved into 2020, PH will become more stabilised and there are glimpse of an amiable resolution of the trade war. With that, it is hoped that the economy will pick up in 2020.

The people of Malaysia has created a miracle by defeating the BarisanNasional in 2018. In most countries where there is a change of authoritarian regime which have ruled for many decades, the new government could not hold together and the country plunged into chaos in the first one or two years of the change.

But this is not the case for Malaysia. Despite all the bumps and humps, we managed to hold the government together and we shall continue to strive to bring progress and prosperity to the country. We hope all Malaysians will be with us in this mission to rebuild the country.