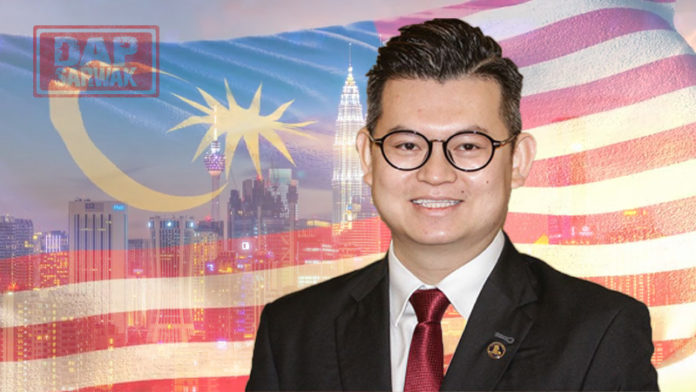 As we approach the first year of Pakatan Harapan, I will be the first to admit it wasn’t an easy journey, but yet it is an important step that we needed to take to redirect a new direction for our country and save it from being known as a global kleptocrat. In many aspects, the efforts in the first year by the new Pakatan Harapan government is to do house-cleaning to reset the nation’s financial position by combating corruption and improving governance standards.

The new government had to come to grips with the financial mess left by the previous administration, on top of inheriting such financial challenges during a challenging time of global economic slowdown, trade wars and a general slowing growth trajectory in our country.

Among other things, PH began its administration with the disclosure of several financial issues and scandals that were not widely known before GE14 including the extend of the 1MDB scandal, FELDA, Tabung Haji and many others. This does not take into account the higher national debts and liabilities that the government had to bear, including the need to renegotiate mega projects and loop-sided contracts that were signed in the previous administration.

Even with the challenges that we face, efforts that were made to address it including sizeable reduction in the cost of committed mega projects, the restoration of accountability and trust in the country’s public finances while avoiding a Greece-like government debt implosion are few examples of the many good things the new government has done within the first year.

While some quarters attempts to judge PH performance especially in Sarawak solely by allocation amount to the State is not only superficial, but could perpetuate the habit of irresponsible spending risking wastage and corruption that was rampant during the time of BN which will racked in more debts to the country that has to be paid by our children’s children.

What is even more important is to set stronger economic fundamentals and good government measures that will take time for its fruits and result to be seen, but yet secure a better sustainable future and foundation for more equitable wealth sharing and development even in Sabah and Sarawak. But I am confident, that with a cleaner and transparent government, the people including the people of Sarawak will benefit as more money that is saved through anti-corruption measures and wastage can be pumped back into the people especially in the long term.

On top of that, it is important that we stay the course of reforms, and trying our best to fulfil the promises that we made to the people. While many could not yet be carried out due to financial restraints, but yet we must continue to show sincerity and to try our best to fulfil what was promised to the people. It is also important to make sure that we keep striving to restore the rights of Sarawak that was lost and see Sarawak get more equitable development.

But, at least on my part, i challenge myself to do my best, to serve my people and be accountable to the resources that has been allocated to me. While there are things that are out of my hands, i will continue to use my role as a backbencher to voice out within the government on specific things that needs to be reformed and even give constructive feedback to what i feel as weaknesses that we need to address.

In all the good and strives forward that we have made, it is also important that we do not lose sight of the more that has to be done. We should not be arrogant but always listen to the voices of the people because the one that won on May 9th was not mere political parties, but actually the people. A journey of a thousand miles starts with first step. We may have made that first step, and the journey ahead may be challenging, but we will need to keep on listening and learning as we chart the next future steps.