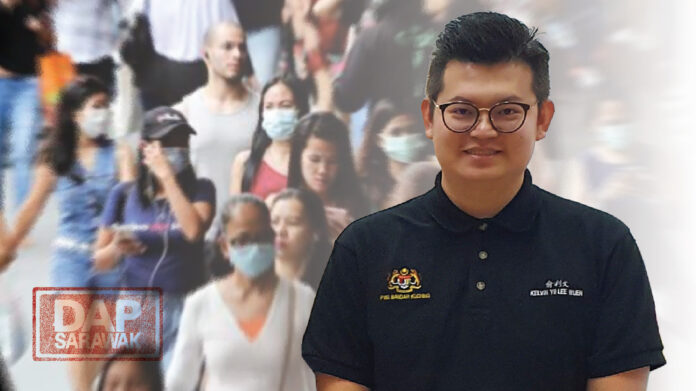 While I welcome constructive discussion and even disagreement over the proposal of introducing a tier system for the fine for the mandatory facemask offense, but I urge certain quarters including other political parties to purely discuss on the proposal based on its merits, but not to try to mislead or even spread lies to the people on the matter.

Since yesterday, they were quarters spreading misinformation that we wanted to totally remove the RM 1000 fine, encourage people to break the law, or even purposefully wanting to put people in danger to get the disease. This is pure gutter politics and far from the truth especially if they read the whole proposal.

We are fully supportive of the universal masking policy itself and all necessary public health measures to curb the spread of Covid-19. Fact of the matter is, even before the Senior Minister announced the policy, i was already pushing for “Mandatory masking” in high risk public areas and my team has been going around our constituency since beginning giving out free face mask and encouraging people to take all necessary precautions.

What we are hoping, is for the government to consider is to introduce a tier system where first-time offenders get fined RM 250, and repeat offenders will get a higher fine. This is only for face mask, and not for breaking quarantine or not following SOP.
First time — RM 250
2nd time — RM 500
Repeat Offenders — ~RM 1000

While i understand the respect the different opinions on the matter, but we believe the RM 1000 fine is too steep especially for the poor, OKUs, students, and even people that lose jobs or suffer reduction of income due to the bad economy.

In some cases, it could be merely an honest mistake including a case where an elderly lady that is going to a market forgot to wear but was walking back to her car to wear it but was fined RM 1000 also. Many of us saw the case where a student was crying when he was fined RM 1k when he pulled his mask down while still waiting for the LRT. There are few more of such cases reported around the country.

I am not justifying their mistake; they do need to pay a fine but do such first time offenders deserved to be fined RM 1000 straight at first. The ambiguity of law including the definition of “crowded public places” also opens to possible arbitrary enforcement and even selective enforcement where there is different treatment for VVIPs and other people.

Actually, what is important is enforcement, even if the fine is RM 10k and there is no enforcement, people will still not follow. But if the enforcement is strict, even with a RM 250 fine, people will be concern as I do not think they will want to pay RM 250 for merely a face mask law.

We acknowledge there are people that may directly disobey this law and want to put others in danger, that is why we proposed higher penalties for repeat offenders.

Some quarter accuse me of doing cheap politics, but what happened is that we properly came up with a proposal and discussed it with different MPs regardless of political parties to get feedback. I met each and every MP one by one including those from different political parties and political divide that signed the petition. I explained to them the rationale of this policy and how a tiered system may be more equitable to general public. The proposal also includes the government providing free and affordable face-mask especially to the poor.

I believe this bi-partisan approach and how we can work together in a constructive manner on issues regardless of political parties in the way forward if we want to see our country grow. This in my view is the type of politics we should try to achieve and encourage.

So while i respect the different opinions, and respect each view, but I urge the different political parties to properly understand the proposal and discuss it on its merits and not simply lie or try to mislead the public on the matter