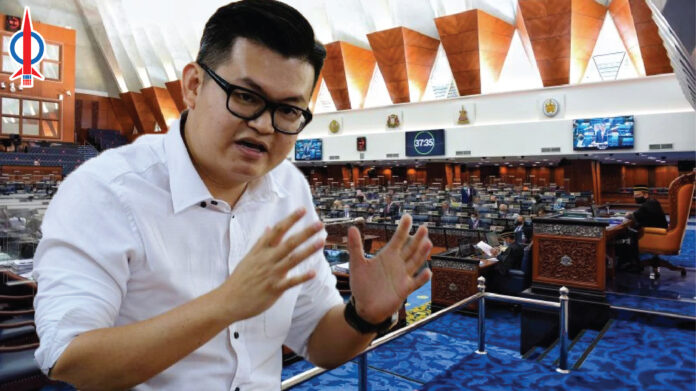 The Perikatan Nasional(PN) Government can amend Article 1(2) and even Article 160 of the Federal Constitution to reflect the original wording under the Malaysian Agreement 1963 right now even without waiting for the next election or even saying that only if he wins big in GE15 that only can he implement Sarawak’s proposal to redefine the Federation of Malaysia.

This again clearly shows it is a lure merely for election purposes rather than genuine intention to restore what is rightfully afforded to Sabah & Sarawak. Fact of the matter, he could have done it now, by lifting the emergency, allowing Parliament to sit again and tabled the required amendments before the upcoming General Elections.

When tabled, I am sure if it reflects the original spirit of MA63, Pakatan Harapan(PH) will be supportive of such amendments which will give the PN government the sufficient 2/3 majority to amend the constitution.

But instead, they chose to suspend parliament, suspend scrutiny, and check and balance against the spirit of democracy in the guise of an Emergency which is dangerous as it gives the Federal Government powers to further infringe our rights again.

It is disappointing that the leaders of GPS seem to be celebrating this statement when for years the Federal Government has given empty promises after empty promises to restore what is rightfully ours. Let me remind that that almost one year ago on March 11th, 2020, the PM said the exact same thing where he mentioned that MA63 and the constitutional amendments will be discuss immediately.

However, 1 year has passed, and yet the Chief Minister Abang Johari recently celebrated the exact statement made by the PM, even though nothing was done for the past 1 year. The Minister of Sabah & Sarawak Affairs YB Maximus Ongkilili even mentioned that they will settle the constitutional amendments within 6 months of taking power, but yet until today, nothing is being done.

This is what the Pakatan Harapan(PH) Government intended to do by tabling the original amendments to Article 1(2) as it is reflected in MA63. It was the first step of other necessary amendments that will be further discussed under the Special MA63 Cabinet Committee. However it was failed because it did not get the support from UMNO, PAS and even GPS.

That is why since the beginning, I have always demanded for a “report card” of the Perikatan Nasional government to fully explain to the people the progress made under their Ministry in terms of restoring our rights under MA63 as well as development and socio-economic advancement of those in Sabah & Sarawak until now.

The PM also appointed a specific minister and deputy who manages Sabah and Sarawak affairs and the MA63 (Malaysia Agreement 1963) incurring cost to the public.. However, it is important to remember that such appointment or position will only benefit the person appointed and if there is no progress in their Ministry, it will not benefit the people of Sabah & Sarawak.

Even with a designated Minister, and Deputy Minister, such position means nothing if there is no progress in achieving what is rightfully ours and equitable development for our people.

They cannot use Covid-19 as an excuse as while the necessary Ministries focused on the handling the pandemic, the other Ministries can continue to function and push for necessary reforms under its jurisdiction.

I strongly believe that this is an issue of public interest as the people would want to monitor and know the report card of this Ministry on long-standing issues that has deprived Sabah & Sarawak of what is rightfully ours.

That is why, if the PM is serious about restoring our rights, he does not have to wait till the next General Election and table the amendments and definitely do not need to set the condition that only if he wins big that he is able to do so.