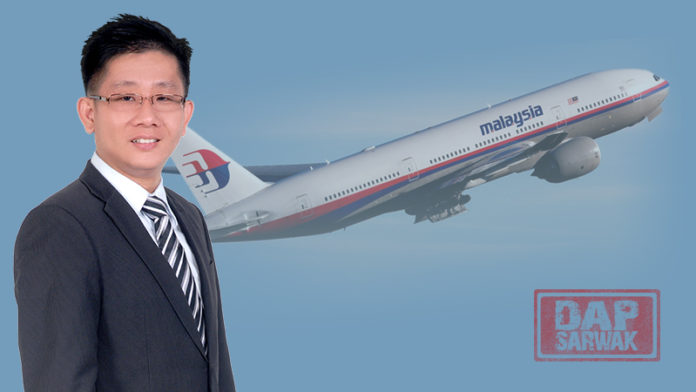 Media Statement –MAS can be tuned around. It just needs guts to do it.

Despite many attempts to turn around MAS to become profitable, there are still many weeds in the company that needs to be removed. What is needed is courage and determination to do the necessary: to revise contracts, weed out unwanted wastages, and streamline existing operation to improve efficiency and cost-effectiveness.

There are many lucrative, profit generating areas MAS once thrived aside from passenger traffic—its engineering division was once a world-renowned player in the MRO (maintain repair and overhaul) market, serving more than 100 airline customers at the peak of its operations with several certifications, including from the Federal Aviation Administration (FAA) and European Aviation Safety Agency (EASA), CASA (Civil Aviation Safety Authority) of Australia as well as aviation governing bodies of 25 other countries.

MAS took the blame and suffered the humiliating downfall due to the previous administration: it was enmeshed in politics, run by a poor management team, and became a milking ground for cronies responsible for running the business into the red. Knowing that the government will continue to bail MAS out, the milking continued.

Chartered business jet companies are thriving globally. Netjets, for example, has a fleet of more than 700 business jets.  In our part of the world, neighboring countries such as Thailand, Singapore, and India have similar thriving companies which have created young millionaires and even billionaires in the process. Such companies meet the demands of those who need the flexibility of flying at the fraction of the cost of owning a plane.

Putting aside the demand for chartered business jets among the richest, there is an even higher demand for business travellers who need the conveniences and flexibility they can get from 1st and business class packages. This is especially so when Asia is already now an economic powerhouse in its own right.

On a similar note, the same goes for premium and standard economy packages. MAS plays an irreplaceable role, offering a comprehensive range of services and flexibility that no other local carrier is able to match.  While it is true that AirAsia has consistently offered excellent service, it is important to note that AirAsia serves a market segment that is different from MAS, with only limited overlap. Hence, it is crucial to have a national carrier that, together with other local carriers, ensures the demands of air travel and freight needs are comprehensively covered.

MAS cabin crew and aircrew are well known among its peers. This is further evident when it recently was awarded the Best Airline in Asia award at the Pacific Area Travel Writers Association (PATWA) World’s Largest Tourism Fair in Berlin. The PATWA International Travel Awards are some of the most prestigious awards in the travel industry since their inception 18 years ago

To conclude, it takes someone with guts to weed out the weed in MAS and terminate contracts that are detrimental to the survival of MAS. The global stage is set with IATA (The International Air Transport Association) forecasting passenger demand to double over the next 20 years and air freight demands continue to grow. No more political entanglement, MAS has more than what it needs to survive and thrive.