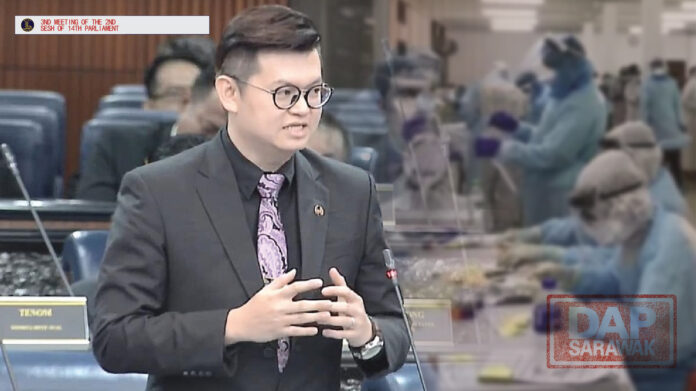 Based on the written reply for the question in posed in Parliament regarding the issue of Healthcare Workers under Contract, the government did not give any clear assurance or even steps to resolve the temporary contracts issue among Healthcare workers, and more importantly they did not make clear again the core issue which is the selection criteria for “permanent posting”.

I reiterate my earlier call for the whole selection to be more transparent so that there is not only greater certainty in selection, but also to remove any ‘perception’ of favouritism, bias, or even discrimination in selection. Clear criteria should be laid out and explained to these young healthcare workers so they know what they can work for prepare what is needed.

While I welcome the Ministry’s announcement that those that passed the Entrance Exam or “Membership Part 1/A” or parallel specialisation pathways has advantage in application for permanent posting, but what is concerning in that currently, those that are willing to work in district healthcare clinics/hospitals, especially in the rural areas ARE NOT given special consideration for permanent posting.

The affects of this is that this will discourage even more young medical officers and healthcare workers from wanting to serve in the rural areas as they have not much incentives to do so even though there is a dire need of medical doctors and other healthcare workers in those areas.

Currently many of these young healthcare workers are offered a temporary contract to finish up their compulsory training and service. After Housemanship (HO) and the necessary training, they should be encouraged to serve in the rural areas, and this be taken as a consideration for their services to be extended and offered a permanent posting after their compulsory service is over.

This helps kills 2 bord with one stone as you give more certainty in selection, and also address the need in the rural areas.

In Sarawak itself, based on statistics given by the State Government, up to 45.6% or rural or 98 out of 215 rural clinics do not even have a Doctor, and is only run by Medical Assistants(MAs) and Nurses.
Many of these clinics also only provide basis medication such as paracetamol (Panadol), and has to rely on irregular mobile medical services provided through air and water to the interiors.

Such mobile clinics are set up to cater to people living in rural parts of the state, while the “flying doctors” service are provided by helicopters to natives who live deep in the jungle, and who cannot be contacted by other routes such as road or boat

But the frequency of the Flying Doctors Services (FDS) going to villages, for example, is at most, once a month, and once in three months, at the least. It is also dependent of weather conditions and if weather does not permit, the people in the rural are again deprived of the needed healthcare services.

This is the dire need faced by many rural healthcare facilities, not just in Sarawak, but many places all around the country. People living in the rural areas also have a right to quality care and proper access to healthcare services and this must be properly addressed.

And that is why i urge the Ministry of Health to properly resolve this contract situation. All they want is a fairer deal including giving them an opportunity to apply for specialisation. On top of that, take into consideration willingness to work in district/rural hospitals/clinics as a consideration for permanent posting. This will address both the need in the rural areas, and also the severe lack of specialist especially in Sabah and Sarawak.