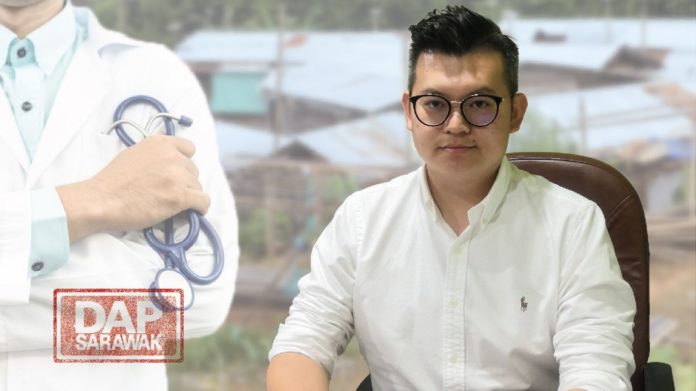 While i welcome the latest move by the Ministry of Health to award a total of 102 permanent post to Medical officers from the May 2017 cohort from around all over Malaysia to be posted in Sarawak to help address the shortage of doctors here especially in the rural areas, but i would like to seek clarification from the Ministry, that out of this 102 permanent post that has been offered, how many of them that are offered, are Sarawakians?

Based on a circular by the Ministry of Health(MOH) Human Resources Division dated April 9, slightly over a quarter or 28 of the 100 medical officers have declined the government’s offer of permanent post, while 70 accepted it and two quit. All these permanent medical officers will be posted to Sarawak effective April 15 on the basis of importance of service.

While there may be understandable reasoning behind those who rejected the offer, but i urge the Ministry to prioritize Sarawakians when making the new offers especially if they are to eventually be posted in Sarawak to address the urgent needs of doctors here in the State especially in the rural areas. There are still many Sarawakian doctors that are serving in the State that are yet to be offered a permanent posting.

Sarawakians young MOs may understand the culture, traditions and even the local language better and may adapt better to the different environment especially in the rural areas. Over the years, many West Malaysian doctors has come over here and serve the State to the best of their capacity and help fill up the need for doctors here in the State. We are highly appreciative of all their contributions and service to the State. However in most cases, the arrangements are not permanent and they are eventually transferred back to their respective home States after their compulsory service or due to different valid reasons including being closer to their family.

So in that case, for them to fill up the gap right now may not really address the long-term need for doctors in Sarawak. That is why i urge the Ministry to prioritize Sarawakians when offering positions or postings to Sarawak as they are the ones that will likely stay in the State and serve for long term. This will address the issue of lack of doctors on a long-term basis and reduce the turnover of doctors due to transfers which may also be an inconvenience to these doctors themselves especially those with families.

On top of that, i believe the government should be fair and allow these Medical officers to receive equitable remuneration and similar grade as the other permanent Medical Officers before. Currently, the permanent posting offered to this batch is only at a UD 41 civil service grade instead of the higher UD44 that is normally awarded for permanent Medical Officers(MO). UD 41 MOs in general earn about RM 8,000 less annually than UD 44 officers even though they do the same job, have similar workload and responsibilities.

The core issue that the Ministry need to address is actually the “intake” criteria or criteria of selection when it comes to choosing who gets the permanent position and who gets continued on contract. The whole selection can be more transparent so that there is not only greater certainty in selection, but also to remove any ‘perception’ of favoritism, biasness or even discrimination in selection.

If the criteria is more transparent and “certain”, then the junior doctors can be better prepared and know for certain what they need to work for in order to achieve their target in obtaining a permanent posting. This may resolve alot of the uneasiness and feeling of being under-appreciated that they are feeling now.

With many of our junior doctors and MOs being deployed to also serve to tackle the current COVID-19 outbreak, i believe the Government should work to resolve these contract issues with not just among doctors, but also other healthcare workers as a sign of appreciation for all their sacrifices and contributions.