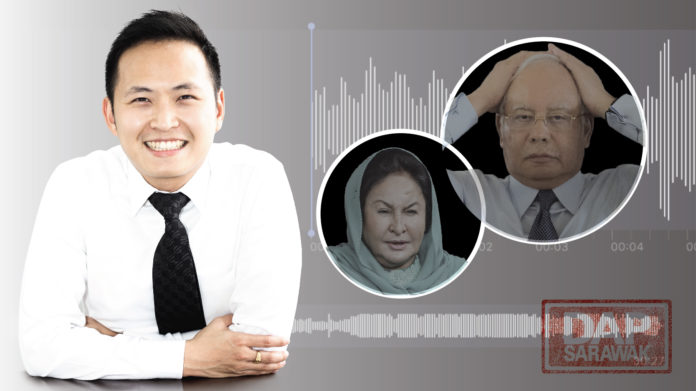 Just last week, the nation was once again rocked by the past acts of the ex-Prime Minister, Dato Seri Najib Razak and his loyal supporters. Dato Seri Najib Razak was caught on tape scheming and plotting with other people within the civil service to protect him at all costs at the expense of righteous people like Tan Sri Abu Kassim bin Mohamed.

The conversation between Datin Seri Rosmah Mansor and Dato Seri Najib Razak was also made the butt of all jokes in Malaysia. The phrase “Can I advise you something” quickly became one of the top trending keywords on social networking platforms. The unfortunate thing about the conversation is not how our previous Prime Minister seemed to be subservient and taking instructions from his wife but that official secrets are being openly shared with people who are not within the administration. This is a clear breach of confidentiality and public trust. Such conduct by a person holding the highest office in the country will not bode well in public and investor’s confidence.

At the same time, Dato Seri Najib Razak was also recorded on tape discussing with dignitaries from other nations on how to cover his tracks and attempts to legitimise any wrongdoings which have been done. We are all flabbergasted at the audacity of Dato Seri Najib Razak to ask a foreign power to come in and concoct documents so as to portray a legitimate business transaction; all this for his stepson who had always been playing the game with Dato Seri Najib Razak’s alter ego, Mr Low Taek Jho a.k.a. Jho Low.

The courageous act of the Chief of Malaysian Anti-Corruption Commission, Latheefa Koya in revealing the tape recordings without hiding behind the police force is somewhat rash but admirable. It takes a fighter to be willing to take to bull by its horns and face all adversities head-on.

Regrettably, there are now attempts to intimidate our MACC Chief. Police report has been lodged against such attempts by several individuals including but not limited to a lawyer. Lawyers, when called to the bar, are made officers of the Court. Being an officer of the court, a lawyer’s paramount duty is to the Court and the administration of justice. Such intimidation and scare tactics should never arise in this sacred profession.

Before the last general election on 5th May 2018, many component parties of Barisan Nasional were championing Dato Seri Najib Razak as the best Prime Minister ever and said that they all will work hard to ensure that he continues to be the duly elected Prime Minister of Malaysia. Majority if not all of these parties including our local Sarawak based parties were tirelessly defending Dato Seri Najib Razak despite the numerous incriminating documentary evidence which surfaced on the internet. I recall a local party’s leader (who had previously run for a State Legislative Assembly seat) passionately defending Dato Seri Najib Razak by saying that all the documents are false and that he has yet to be convicted by the court of law. While it is true that a man is to be deemed innocent until proven guilty, one cannot also blindly accept bare denials when the evidence is so succinct and clear. Now with the change of federal government and the emergence of more documents to show all the allegations against Dato Seri Najib Razak is not fake news, strangely all his previous diehard supporters from other component parties of the then-Barisan National are as silent as a mouse.

Yes, the newly formed Pakatan Harapan is not perfect. But without a doubt it is much better than the Barisan Nasional. Admittedly it has yet to fulfil some of its promises in the election manifesto, but credit has to be given when it is due. Many things have been done and policies implemented for the betterment of this country (one of which is the revelation of the tapes which exposed the unbelievable power abuse to cover up crime at the highest level of the government) and we should persevere to hope and pray for continuing progress.