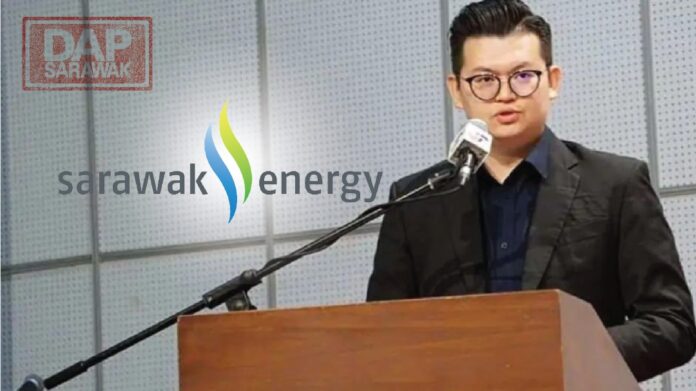 While I welcome the Federal Government’s announcement of an additional RM 942 million in discounts and rebates for domestic user’s electricity bills in West Malaysia, I urge both the Federal and Sarawak government to also provide such incentives and rebates for domestic users in Sarawak as we have also experienced soaring electricity bills especially during the MCO period as most people were confined to their homes to curb the spread of COVID-19.

Today, the Energy and Natural Resources Minister Shamsul Anuar Nasarah made the announcement in view of many multiple cases of complaints of soaring electricity bills during this period, although it was only limited in West Malaysia. Based on the announcement, domestic users will enjoy free electricity for months of April until June if their consumption for those months were under 300kWh or RM 77. Those that use above that amount instead will get a discount of RM 77 for those 3 months.

While such incentives is good, I question why the Federal Government did not initiate discussions with other State-owned Utility Companies such as Sarawak Energy Berhad (SEB) to also extend such financial aid to Sarawak as well, so that all Malaysians can also enjoy such benefit?

During this MCO period, we have also been receiving multiple complaints from the public here in Sarawak due to high electricity bills especially during this MCO. We helped a few lodged a complaint to SEB where they were asked to produce snapshots of their actual consumption at their premises’ meter as for past few months were based on estimated consumption.

Even so, in general, many also burdened with higher bills sue as the usage of electricity for most families have also soared due to being confined at home during the MCO period as they needed to stay home to help curb the spread of the virus too. That is why it would not be fair to Sabahans or Sarawakians to also miss out on this incentive that can help ease their financial burdens especially during this tough time.

That is why I urge both the Federal and State Governments to extend such incentives and rebates to both Sabah and Sarawak so that all Malaysians regardless of demography will not be left out from such benefit.