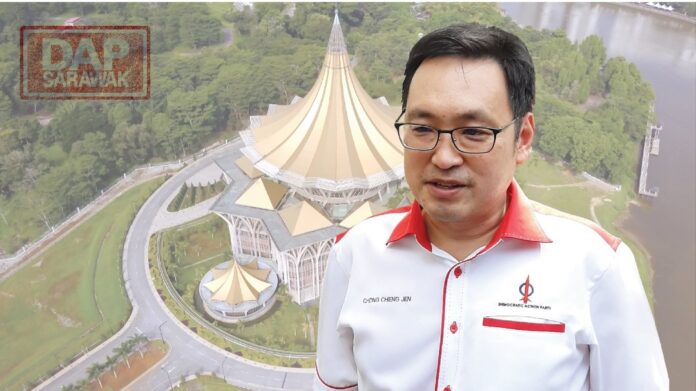 Wong Soon Koh has finally vindicated me on my DUN debate last year in calling the GPS’ 2020 Budget as the “Hot Air Budget”.

In my debate on GPS’ 2020 Budget on 7-11-2019, I pointed out the ridiculously inflated figures provided by Abang Jo in his budget speech, just to name a few:

Just the 4 strategic initiatives mentioned by Abang Jo, the total allocation involved is a whopping RM22.644 billion. At that time, the estimated revenue of the State is approximately RM10 billion. Even without the oil price crash and the covid-19 pandemic, it was still over-spending far beyond the revenue of the State.

In the November debate, I have questioned the GPS Government on how will these projects be funded and I have also warned against the use of Development Bank of Sarawak as a vehicle to by-pass the DUN’s supervisory role over the Consolidated Fund, lest the DBOS becomes the next 1MDB scandal of Sarawak.

For my comment and debate in DUN, I was jeered at, ridiculed and name-called by the GPS ADUNs.

Today, I am glad that the former Finance Minister II of Sarawak, Wong Soon Koh, has confirmed my worry about the GPS’ extravagance and over-spending of the State’s Fund. To quote his words, “If the government proceeds to continue carrying out all the commitments as announced by the Chief Minister, Sarawak may face financial distress and this will impact us and our future generations.

I am in total agreement with Dato Sri Wong on his today’s comment in Borneo Post on the Sarawak’s “never was and never will be” Budget 2020 announced by Abang Jo.

In the past, when I warned against the over-spending and over-committing Sarawak’s fund into unnecessary projects, the GPS’ leaders simply brushed aside my comments as “Opposition propaganda” and “ignorance of Opposition about the financial strength of Sarawak Government” and assured Sarawakians that the State Government has enough money to deliver.

Now, the similar comment and warning against over-spending and over-committing State fund is coming from a person who has held the Finance Minister II post for many years and who knows all the ins and outs of the State Government’s financial standing. Are the GPS ADUNs and ministers going to just simply brush aside his comments as well?

At this juncture, I wholly support Wong’s call to re-examine and even to cancel those non-essential and non-critical multi-billion projects announced earlier by Abang Jo. The government must seriously re-look into its unrealistic Budget 2020, especially given that its revenue is now half or even less than half of the estimated revenue at the time of tabling of the budget.

Secondly, it is also time for the Government to utilise the State reserve for economic revitalisation programs and sustaining the SMEs in the State. So far, the State Government has not done enough for the State’s SMEs. It must always remember that it is the SMEs that forms the backbone of Sarawak’s economy, not the mega multi-billion projects announced by Abang Jo.