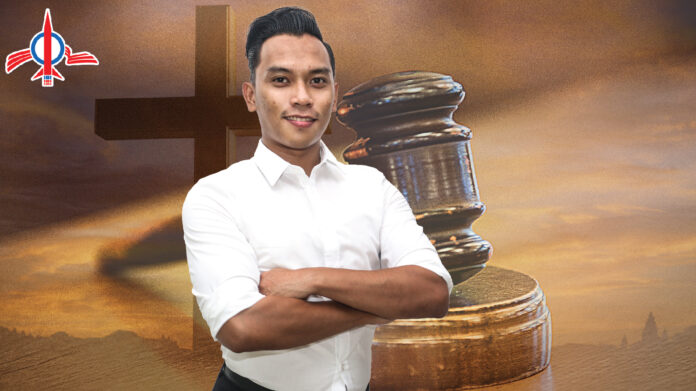 I would like to applaud the latest ruling made by the High Court which allowed Christian nationwide to use the word “Allah” and three other Arabic words – Baitullah (“House of God”), Kaabah (“Islam’s holiest shrine in Mecca”) and solat (“prayer”) – in their religious publications for educational purposes. The ruling quashed a three-decade government ban on Christians using the word “Allah” in their religious publications.

Let me give a response on the latest ruling in two perspectives: constitutional, historical and family.

In The Herald v Home Ministry, the case concerns on the right of Christians to use “Allah” in their publications occurred after Catholic weekly The Herald was banned by the government from using it. The Herald won the challenge at the High Court in 2009, leading to protests among right-wing groups. The Court of Appeal overturned the decision and backed the ban in 2013. Therefore, the apex Federal Court upheld the Court of Appeal’ decision.

In Jill Ireland v Home Ministry, the case concerns a Sarawakian Christian, Jill Ireland Lawrence Bill, had several CDs brought from Indonesia that were seized from her in 2008, for containing the word ‘Allah’. She won a court challenge to declare the seizure unlawful, and had the confiscated items returned to her in 2015. However, the constitutional points were never answered and the High Court on Wednesday (March 10) affirmed her constitutional right to use “Allah” for religious purposes.

In Sidang Injil Borneo v Home Ministry, the case concerns the religious Christian books which were seized by the Home Ministry in 2007 for containing the word “Allah”. Sidang Injil Borneo (“SIB”), a church in Borneo, filed a judicial review application on the church’s right to use the word in their religious publications. However, 13 years on and after numerous delays, the merits of the case are yet to be heard. The church is appealing to the Federal Court to obtain Home Ministry documents that resulted in the “Allah” ban as part of its judicial review bid.

By comparing three cases, it is safe to say that the High Court’s decision on Jill Ireland v Home Ministry clearly upholds the freedom of religion as enshrined in our Federal Constitution. Article 11 of the Federal Constitution stated that (1) every person has the right to profess and practice their religion and, subject to Clause (4), to propagate it. (2) No person shall be compelled to pay any tax the proceeds of which are specially allocated in whole or in part for the purposes of a religion other than their own. There is no such power to restrict religious freedom under Article 11 of the Federal Constitution. Religious freedom is absolutely protected even in times of threat to public order.

The word “Allah” occur in both pagan and Christian pre-Islamic inscriptions. Before the coming of Islam, the Meccan religion has been using the word “Allah” as the supreme deity of the tribal federation among the Quraysh community and it was used as a designation that consecrated the superiority of Hubal (the supreme deity of Quraysh) over the other gods. However, there’s no iconic representation of Allah that is known to have existed as there is only one god in Mecca religion that did not have an idol. Even Muhammad’s father used the name “Abdullah” which means “the slave of Allah”. Since Islam came after Muhammad, and Muhammad’s father’s name was Abdullah, it shows that the word “Allah” existed before the coming of Islam.

Therefore, who are we to deny the usage of the word ‘Allah’ to be used by the non-Muslims in this country where it has been proven in history that the word itself has been used before the coming of Islam?

Arab-speakers of all Abrahamic faiths such as Christian and Jews has been using the word “Allah” to mean “God”. To date, the Christians have no other word for “God” than “Allah”. Even the Arabic-descended Maltese language of Malta, whose population is almost entirely Catholic, uses “Alla” for “God”. Many Christian denominations in the Middle East has been using the word ‘Allah’ for more than 2,000 years such as Melkite Greek Catholic Church, Greek Orthodox Church of Antioch, Greek Orthodox Church of Jerusalem (Palestine), Maronite Church (Lebanon), Coptic Orthodox Church of Alexandria (Egypt), Syriac Orthodox Church, Syriac Catholic Church, Ancient Church of the East, Assyrian Church of the East and Chaldean Catholic Church. In fact, the Arab Christians uses the word “Allah” in their ritual prayers, for example, Allah al-ab (God the Father), Allah al-ibn (God the Son) and Allah ar-ruh al-quds (God the Holy Spirits).

I come from a family of two religions, Islam and Christian. My mother was an Anglican before she decided to willingly convert to Islam to marry my father. I have been raised by my maternal grandparents who are still Anglican. Whenever we celebrate my grandparents’ birthdays, have Christmas carols, family weddings etc, they recite their prayers in Iban. They even use the word “Allah Taala” in referring to “God the Father”. I have been listening to my family members using the word “Allah Taala” in their prayers for the past 32 years and yet my Islamic faith has never weakened. To date, I’m still practicing my religion normally and there’s no confusion on that. I still perform my prayer in my own room even though there’s a small cross hanging in front of my door.

As a Muslim, no matter if you’re surrounded by the Christians for most of your life, if you have a strong faith in your own religion, no one can ever influence you to renounce. Same goes to the Christians. We live in a world of diversity and all religions should co-exist in our society.

We should live in peace and harmony without fear of our faiths been swayed. Most importantly, we should have mutual understanding and respect for each other. I always believe that there is no race that is inferior and no religion that is superior.

Today, Malaysians are at each other’s throats, because of the issue, hurting our brothers and sisters in Sabah and Sarawak. The polemics over the term “Allah” can be peacefully resolved, if all parties that are involved agree to understand, respect and abide by the country’s regulation on Islam and other religions. Article 3 and Article 11 of the
Federal Constitution, clearly states the guideline on handling the matter, which gives due rights to everyone involved.

Although it has been established that Islam is the official religion, Article 3 also states that other religions could be practiced in peace and harmony, in any part of the Federation. It was high time to turn the negative situation into a positive one, by making room for discussions that would allow for better understanding among Malaysians. Let us prove that this feud between Muslims and Christians is pointless, and that we will not be easily used for narrow
political gains.