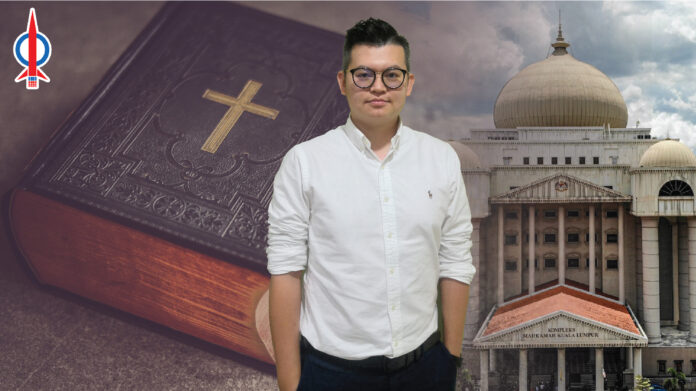 The Gabungan Parti Sarawak(GPS) should use their “kingmaker” status to persuade their partners in government especially PAS, UMNO and even BERSATU as the Government not to appeal of the High Court’s landmark decision in allowing Non-Muslims to use the Islamic words in their publications.

This is important to protect the fundamental spirit of the formation of Malaysia which safeguards freedom of religion and the practices of other religions in peace and harmony.

This ruling was a victory not for a particular group over another in Malaysia, but the spirit of multiculturalism and freedom of religion that is protected under Article 11 of the Federal Constitution and even MA63.

Fact of the matter is, Christian communities in Sabah and Sarawak have been using “Allah” for generations in the practice of their faith without any problem.

The fact that Christians here have been using it for 400 years without causing any public disorder or even confusion which was the reasons used to justify the decision by the Barisan Nasional(BN) Cabinet in 1986 to issue the circular giving a blanket ban of the usage of 4 words including “Allah, Baitullah, Kaabah and Solat” by the non-Muslims.

That is why such ruling should be seen as a victory for all Malaysians as we defend each other’s constitutional right and guarantee of religious freedom in our country.