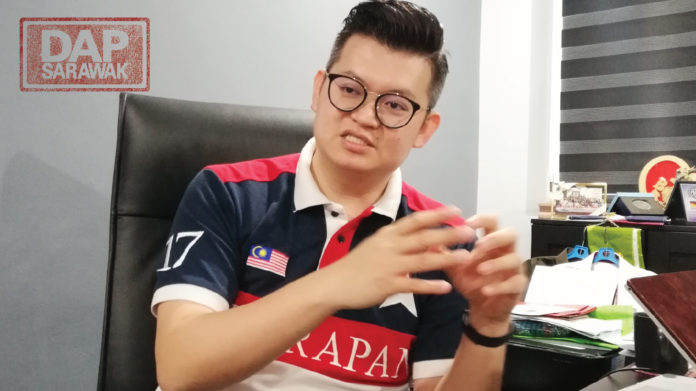 GPS cannot plead innocence in allowing an undemocratic “back-door government” which includes UMNO and PAS to come into federal power, as they were accomplices and part of the scheme and manipulation to betray the mandate of the people as well as making a mockery of the whole election process.

Many leaders from GPS have tried to justify their action to support the formation of a government that consists of the majority of that of UMNO and PAS by attempting to put the blame on PH for the collapse of the previous PH federal government. While admittedly, it was selfish individuals who put their self-interest first above the people within PH that may have initiated the move, but when presented with the opportunity to overthrow a legitimately elected government, GPS together with other parties such as UMNO and PAS did not hesitate to be part of the whole manipulation and maneuvers.

This was proven when last Sunday itself when the whole “Sheraton Move” took place, the Chief Minister was quick to fly over to KL to agree to the formation of Perikatan Nasional and even when that plan didn’t materialize at first, then were on Thursday was also quick to support the same coalition lead by Tan Sri Muhyiddin when he went to see the Yang Di Pertuan Agong.

The Chief Minister even tried to mislead the people by claiming that Datuk Fadhillah, the Chief Whip of GPS was only there as an observer, but actually was actually there to give their full support which enabled this ‘back-door government’ which includes PAS and UMNO to be formed.

So while some selfish individuals that are no more part of PH may have handed them a key, it was their own deliberate choice to use it to open that door and set a bad precedent and how the votes of the people can be disregarded by manipulations and maneuvers by the elites. So, in no way can they claim innocence and try to isolate themselves from the possible grave consequences that come with their action.

With Muafakat Nasional consisting of PAS and UMNO as the biggest bloc in Perikatan Nasional, their ideology and background will have a big influence on national policies such as education which will affect all our children nationwide.

While many grumbled on the introduction of Jawi in the textbooks, under the PH government, we managed to reduce the policy that was introduced in 2015  under BN from 6 to 3 pages, there will be no exams, and in SJK(c) PIBGs or the School Board in the absence of a PIBG, will be given the choice to decide for the school. Due to this stand, we have been continuously attacked by UMNO/PAS who turned it into a racial sentiment rather than a discussion on education.

This is also consistent with what UMNO/PAS State Government has done regarding this issue in their own respective states of Kelantan, Terengganu, and Pahang. We see some of their leaders even attacking the existence of a vernacular school in our country and even Pakatan Harapan’s government’s approach to increase funding for Chinese Schools and Chinese Middle School.

As the biggest bloc, their background and ideology’s influence on all education policies will have a big impact on us especially our children. What we may be trying to reduce, they may want to try to increase and what we feel is important to increase, they may want it to be reduced instead.

This is just one of the examples only, but this will have an impact on all national policies including healthcare, sports, youth, federal religious policies, transport and many more.

So, while the State Government can “block” some people from coming in, BUT they cannot block National Policies from affecting the State. And many of those mentioned above are policy decisions by the Minister or Ministry that does not need to go through and be passed in Parliament.