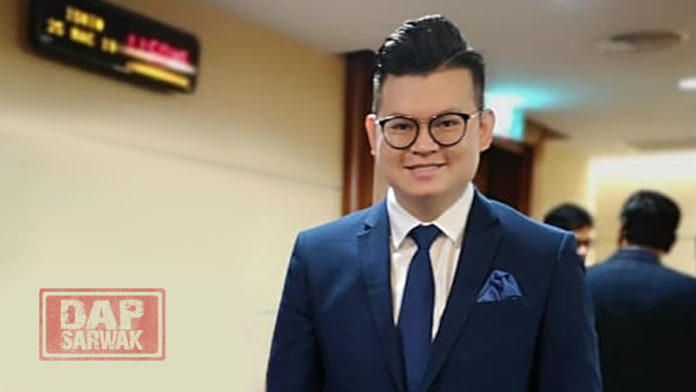 I am disappointed that the Sarawak Member of Parliament from GPS chose to play politics over the interest of Sabah and Sarawak when they abstained from voting in the all important amendments of Article 1(2) of the Federal Constitution.

Their excuse that they did not reject the bill, merely abstain are mere excuses as we know in a constitutional amendment, a 2/3rd majority or a minimum 148 votes is required for it to be passed. Thus by choosing to abstain, it is as good as saying no and rejecting the Bill as we will then not have enough votes for it to be passed. As a result of that, we could have regained our rightful status in the federation yesterday itself, but instead, we remained one of the 13 states.

Some of the GPS politicians including YB Nancy Shukri and YB Dr Sim Kui Hian has come out claiming that it was the arrogance of the government that made them vote against the bill. This further proves that all that matters to GPS is to punish the government and push their pollical agenda through, even though it is at the expense of the people. They thought they were punishing the government, but instead the punished the people of Sabah and Sarawak

In the debates, they were adamant that the phrase “pursuant to the Malaysia Agreement 1963’ had to be incorporated into Article 1(2) of the Federal Constitution before they will agree to it. However, as many have pointed out, there is no need for this at all as the proposed amendments were the exact original words in MA63.

By changing the original words of MA63 as proposed by GPS, they themselves are deviating from the original spirit of Article 1(2) which was agreed upon by our forefathers. On top of that based on the explanatory notes for the passing of the amendment, it is clearly stated that “this amendment is made in line with the spirit of the Malaysian Agreement concluded in 1963”

While they tried to downplay the importance of the explanatory notes, but when there is a dispute as to the interpretation of any law, the courts will look through the explanatory notes which provides the clear and unequivocal language to determine the purpose and intention of the draftsmen. Fact is, even in the constitution, there are multiple explanatory notes inserted to signify its significance in a understanding of law.

The other excuse they gave is that they wanted to delay it further by pushing it to a Parliamentary Select Committee. However they failed to understand that there is already a high-level Special Cabinet Committee which consist of the Chief Minister of both the State Government. The Steering Committee meets every 2 month and another Technical Committee then meets every month and they have had meetings since last year. The Prime Minister in his closing speech even offered to set up a Parliamentary Select Committee to monitor the implementation of MA63 after the discussion by the Special Cabinet Committee but yet that was not accepted by the opposition.

With this high-level committee already set up, and all those discussion on going, there is no reason or any excuse for the Bill to be delayed or even referred to a Parliament Select Committee that basically only consist of politicians that may not fully understand all the legal implications in the discussion.

During the session, I stood up many times to fight for the Bill to not be delayed and to plead to them as a Sarawakian not to miss this chance. We have waited for so long, 43 years but yet it is disappointing that they failed to put their political agenda aside, even though it was at the expense of Sabah and Sarawak.