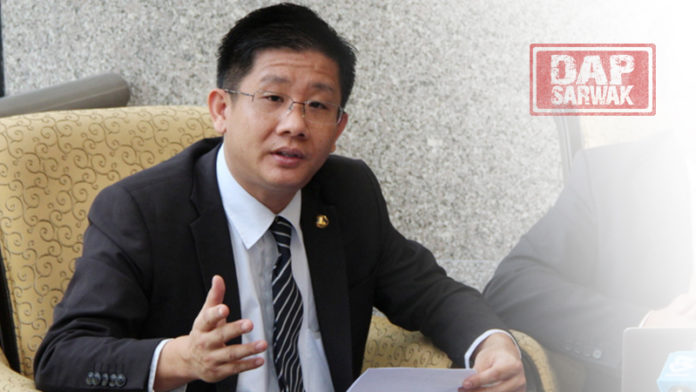 It is history all over again. The only different is in 1976 they downgraded the status of Sarawak to that one of the 13 states and now they failed to cast the needed vote to restore back Sabah and Sarawak as equal footing with Peninsular Malaysia.

It is the first time in Malaysia history since 1976 to have the federal constitutional amendments to restore back the status of Sabah and Sarawak as equal partners. This is unprecedented for a ruling party to do so when they do not have the two-third seats in the Parliament. This is done so in good faith as such amendments seek to strengthen and give back what belongs to Sabah and Sarawak. An equal partnership in the federation.

GPS choose to be abstained in the vote and by doing so PH lack of the extra 10 votes that were needed to see this bill pass. By doing so GPS not only caused Sarawakian their equal status right but also Sabahan when all Sabah’s MPs including the opposition, except one Umno’s MP voted for the passing of the bill. If not for GPS, both Sabahan and Sarawakian would have woken up this morning with the new-found position in the federation.

During the rounding up speech by the Prime Minister YAB Tun Mahathir, he clearly stated with the amendments, Malaysia will be consisting of peninsular Malaysia, Sabah and Sarawak. Sabah and Sarawak will no more be the one of the 13 states. There is even on-going Special Cabinet Committee to discuss our rights and autonomy. The PH government is sincere and has taken the first step despite they do not have the numbers needed and even need the oppositions MP to support it. Something which it will never happen with the previous government.

GPS has put its political interest above those of Sarawakian by abstaining from voting and caused the amendments to Article 1(2) to be rejected. It is the exact wording based on MA63. Sadly 44 years later, once again it is because of GPS (then BN) Sabah and Sarawak continue to remain as one of the 13 states.