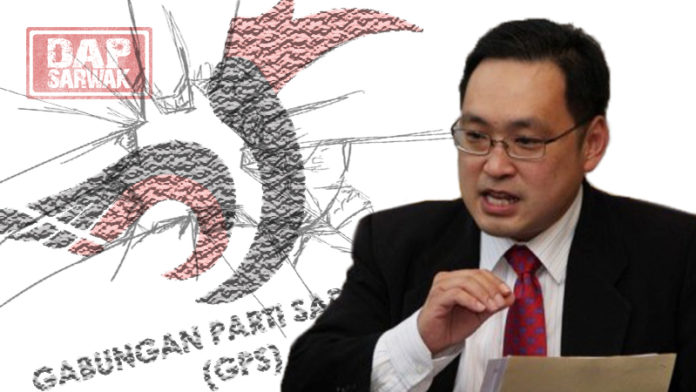 By defeating the MA63 Constitution Amendment Bill, GPS have succeeded to embarrass the Pakatan Harapan Government but at the expense of Sarawak and Sabah.  GPS might have achieved its political interest, but it has again done great injustice to Sarawakians who have made them the Sarawak Government.

The amendment bill proposed by PH Government in Parliament yesterday was exactly the same as the version of 1963 Constitution, word for word.  It is the most direct step to restore Sabah and Sarawak to its original position in the Federation when we formed Malaysia in 1963.

The wordings of Article 1(2) of the Federal Constitution in 1963 are as follows:

(b) The Borneo States, namely, Sabah and Sarawak; and

(c) the State of Singapore.”

In 1976, the Barisan National Government amended Article 1(2) to the following:

(b) The Borneo States, namely, Sabah and Sarawak.

Except for one UMNO MP from Sabah (Bung Mokhtar), all Sabah MPs, including the independent Sabah MPs supported the Bill.  The Chief Minister of Sabah, Shafie Apdal, came to Parliament to speak in support of and voted for the Bill.

On the other hand, the GPS abstained from voting.  By doing so, GPS is in fact voting against the Bill because for any constitutional amendment bill to be passed, it requires 2/3rd of the number of MPs House to vote “yes”.  Therefore, when the Government could not get 148 (2/3rd of 222) votes in support of the Bill, the Bill was defeated.

In the whole debate and voting process of the Bill in Parliament last night, GPS is seen to be working closely with UMNO and PAS.

However, for GPS to go along with UMNO and PAS on this issue, that is absolutely shocking.  It only goes to show that, though GPS is now out of BN, it is still working closely with UMNO and now PAS, even at the expense of Sarawak’s interest.

PH government may have suffered the embarrassment of having its Amendment Bill defeated, but what is more disheartening is that Sarawak lost a golden opportunity to put right the wrong that has been inflicted upon Sarawak 43 years ago.

DAP Sarawak to discuss working with other Opposition parties this Tuesday