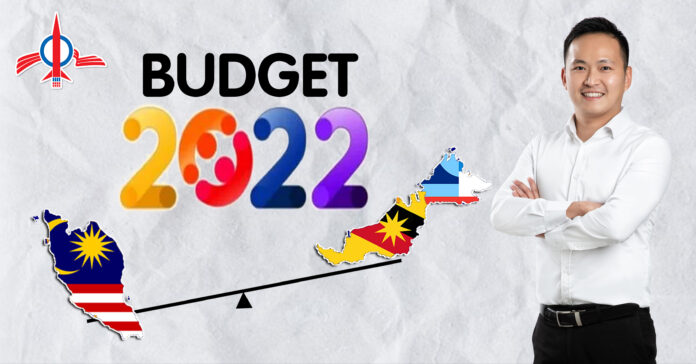 Not only do we all know deep inside that this poor allocation does not tally with the real status of Sarawak as a founding state of Malaysia, we also know that Sarawak really needs such funds to develop and catch up with Peninsular Malaysia after decades of neglect under the BN regime.

Next year, Sarawak will once again be short-changed with an allocation of only RM4.6 billion for development expenditure. In comparison to last year’s budget under the failed Muhyiddin-led PN government, it is only an RM100million increase which is approximately a measly 2.22% increase.

This shows how the different parties treat Sarawak. On one hand, we had PH which genuinely thought of the welfare of Sarawakians and immediately took steps to increase development allocation drastically with an increase of 40% when PH first took over the Federal Government in 2018. On the other hand, we have the usual suspects of UMNO and GPS; whether it is PN-led or BN-led. Throughout history, we have seen how GPS have consistently allowed UMNO to bully Sarawakians.

GPS has repeatedly showed how it is unable to help Sarawakians. The recent postponement of the amendment to the Federal Constitution confirms that GPS does not care about us all. Even with GPS being in the position to helm both the State and Federal Governments, we always hear them asking Sarawakians to continue to vote for them so they can have a louder voice to enforce change. With GPS being in the position as a kingmaker yet being unable to do anything, then what is the point of more power?

This all shows us that GPS is clearly not interested in the welfare of the people. As such, we must seriously consider to vote them out this coming State and General Elections.