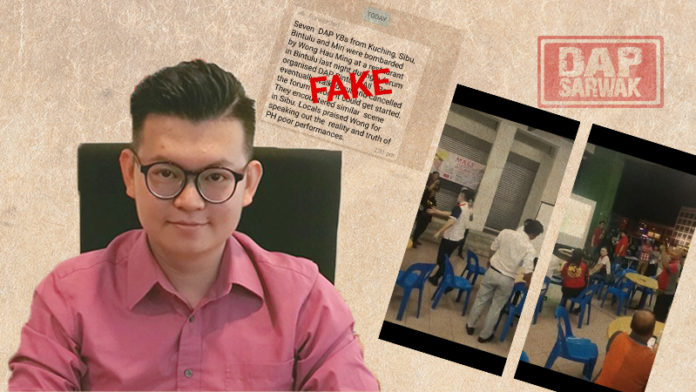 Many have sent me the ‘edited’ video by a certain group that have spinned the facts and painted a wrong picture of what happened last night at the forum.

So this is a chronology of what happened to hopefully clear some doubts:

(1) The forum started around 7pm and each of the speakers had time to share some of their thoughts. The Q&A session was at the end.

(2) From the start we passed around blank paper for audience to write down their questions and we will collect and answer it during the Q&A session. This is to help facilitate the process so it is done in a more orderly manner.

(3) the MC has announced more than 3x reminder the audience that they can write their questions on the paper. We eventually went to collect the questions using the ‘donation box’, which they spin saying we are collecting money, when we are only collecting question papers.

(4) however, there was no paper that was given by the audience. I asked them few times whether we have any questions but yet again no questions was given.

(5) At the end, the man stood up and said he want to ask 2 questions. We nicely tell him he can, but better to write it down. He refuse, he wanted the microphone, but we felt since we can hear each other there is no need for the microphone. I sat down there to listen to what he had to say.

(6) He asked the first question, which we have already answered in the talk, and also told him about it. He then proceed to what he claim was his 2nd question but it was just complaints or statements made regarding the current government, which is out of the topic of discussion.

(7)So at the end, i asked him again, is that all he has to say, and he said okay, and that is when the ‘group’ started shouting their slogans. So since it was late(coffee shop owner wanted to close) and there were no other questions from the audience, i stood up and went to shake hands with the group in respect and to thank them for coming, but they refused to shake my hand.

(8) After it all, i went to the man Mr Wong and talked to him and he was courteous enough to shake my hand.

While i may disagree with it, i respect them and their views, but im saddened how they are now distorting facts, telling lies and using bias edited videos to paint a completely untrue picture of what is happening.

While it is okay to disagree, but proper and mature discussion should not resort to lies, dishonesty and fake news. So i am dissapointed that certain groups that may have their own political interest and seem to have backing of big political parties, resort to such gutter tactics.