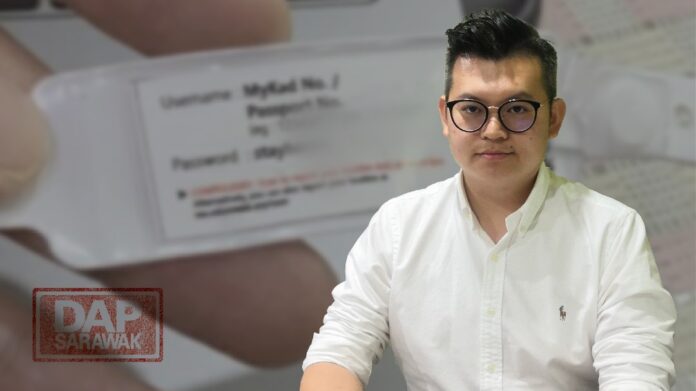 In reported cases of Person under surveillance (PUS) breaking their home-quarantine order is a real cause for concern as it has the increases the risk of possible infection to the general public, especially if the PUS is a carrier of the virus.

Reports of people going out even with the tag, cutting the tag or hiding them before they go out is a cause for concern and shows gaps in the system where we were informed that there are certain level of digital tracking on the tag provided.

Actually, the use of such Digital Tracking Tag provided by SDMC for those returning to Sarawak that is put on “home quarantine” has raised alot of questions not just on its effectiveness, but even its cost to the government.

From the “instructions leaflet” provided, a Person Under Surveillance (PUS) is supposed to scan the QR code at 8am and 8pm every day. Then after the 14 days or whatever days given, the PUS is asked to cut the tag THEMSELVES.

So, the questions are;

(1) Does this tag have real time tracking capabilities, which mean the ability to track the location of the tag 24/7 where ever the person is, or only when they check in at 8am and 8pm daily.

(2) What if the PUS scan the QR code at 8am, go out to public places to have a meal and be back at 8pm to scan it again? Can it detect the persons location in between those period?

(3) If it really does have the ability to track ones location, why wasn’t an alert sent out to authorities when one breaks their boundaries and go out with the tag?

(4) Since the instructions is for the PUS to cut the tag themselves after the quarantine is over and send over video of them cutting, is there any safety mechanism to prevent the PUS cutting it much earlier or cutting it so they can go out?

Asking the person to cut themselves open up to all kinds of possible manipulation. They can cut it earlier, then put a scotch tape on it, and then cut it again in front of the camera.

From the different cases we see of people cutting it and going out, there is a safe assumption that it does not have such functions as advertised. Probably it is merely an accessory to “scare” people to comply.

While i understand, a huge part comes down to the social responsibility of the PUS themselves, but if these ” tracking tags” cannot do those things it is “advertised to do”, then why have it?

(5) The next BIG question will be how much does it cost us or to the State Government?

It is IMPORTANT to know especially if it involves public funds.

So, even so, then why insist on such tag if it has little function, and did not help address the issue of compliance especially among the PUS which have seen to abused or manipulate it.

Why not adapt others methods including those used in other parts of the world which have shown to have good results such as Taiwan, or some part of China. While discussion of personal privacy is very important, but in times of public health control it may come with certain exceptions as well.

I believe these are important concerns that needs to be answered especially if it involves the health and safety of the general public as well as possible public funds. Any gaps or lack in the system must be properly addressed if not it is a waste of money especially if it does not serve its proper role.