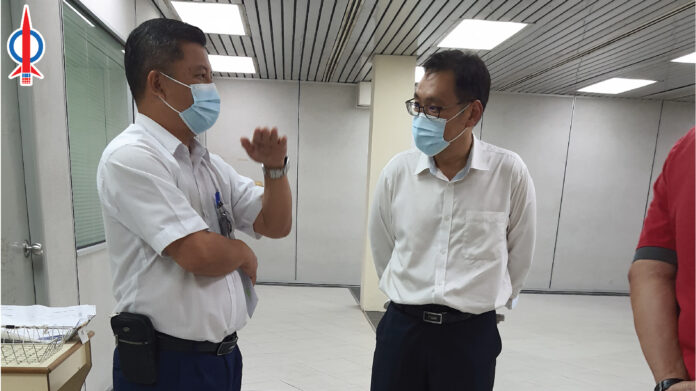 Yesterday I visited the Senari Port on the problem caused by the port’s computer system outage.

Though it was claimed by the Kuching Port Authority (KPA) General Manager Robert Lau that “By today, the volume of delivery and receiving has returned to the normal volume before the incident”, in actual fact, there are still containers that could not be located as the computer system is still out.

As I understand from the ground, the computer system that broke down 2 weeks ago are still not restored and not in operation. At present, an alternative system is used and certain procedures are still done manually.

However, the staff of KPA at Senari Port are doing their best to clear the backlog of containers stuck at the port due to the outage.

While the ground operators are struggling to meet the demand of the customers (ie. the hauliers, forwarding agents and shipping agents), the top management of KPA should review their policy.

This computer system outage is just part of a large problem.

The privatisation of most of the port services implemented few years ago, though have enriched a small group of people, have not brought about much improvement to the services provided by KPA to the users.

Thus, there is a need to review such privatisation policy.