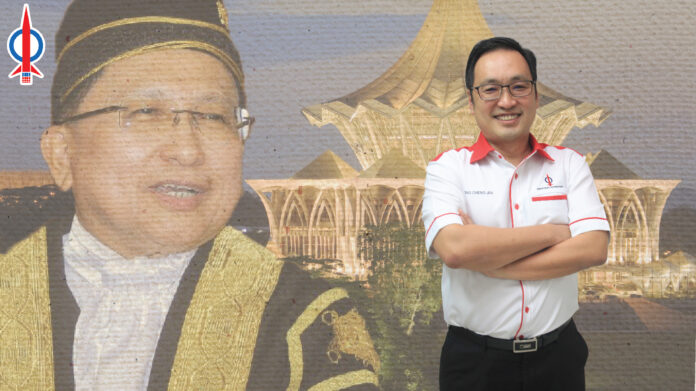 More importantly, Tan Sri Richard Malanjum had, during his days on the Bench, delivered many judgments in the defence of Sarawak’s Native Customary Rights (NCR) landowners in the face of oppression by the State laws.

In one of his many judgments in the Federal Court, he had even made very critical remarks on Section 5(3) and (4) of the Sarawak Land Code which is the law on extinguishment of Native Customary Rights on land.

The following is part of his judgment:

“ Suffice it for me to say here that if anything, the courts below should have been put on guard as to the adverse effect of the impugned sections to the livelihood and very existence of the natives. By merely looking at the impugned sections (Sections 5(3) and (4) of Sarawak Land Code), it gives one the impression that it is too vague, too broad, unfettered and untrammeled in that they may be open to abuse. That surely cannot be within the spirit of the fundamental rights embedded in the Federal Constitution, in particular arts. 5 (the right to life), 8 (equality before the law) and 13 (right to property).”

“ There is hardly any guideline or basis upon which extinguishment of native customary rights may be done . . . . With these words there is nothing to prevent the Minister who is answerable to no one, not even to the Sarawak State Assembly or the Tuan Yang Terutama, from issuing directions to extinguish all existing native customary rights in Sarawak. The millions of natives whose livelihood and their future generations depend entirely on the land can be made landless by a stroke of the pen in any event. They may end up as squatters in their own lands where they and their ancestors have been living for generations . . . .”

I am certain that Tan Sri Richard Malanjum’s admission to the Sarawak Bar will surely help in the fight of the oppressed NCR landowners against the power that be. It will add to the pool of Sarawak lawyers fighting for the NCR landowners who have been displaced from their own land by the State Government.

I hope he will continue to contribute to the betterment of the State.