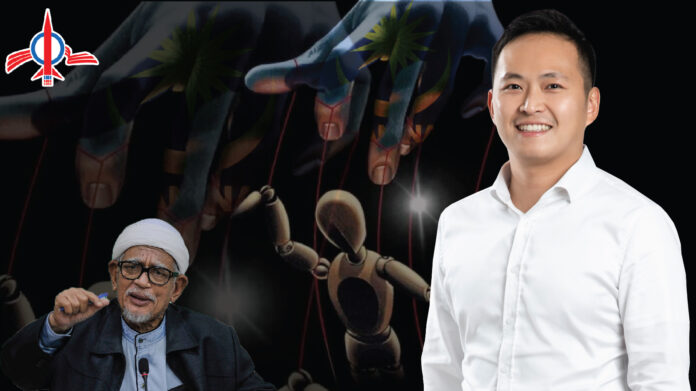 Time and time again, the actions of the PN government shows its sheer arrogance and insensitivity towards the plight of the people. PAS President, Hadi Awang’s recent Facebook post is the clearest sign of this disconnection with the present reality.

Hadi Awang’s recent stance is akin to saying that the civil servants must also follow the instructions of their superiors, even when it is blatantly wrong, immoral or illegal. We can never let that happen!

We have seen in the past how dissenting opinions can help this nation. In the 1MDB saga, it was an officer from the National Audit Department director, Nor Salwani’s conscience that stopped her from following orders for the original report from being destroyed. This allowed us to see the behind-the-scenes events surrounding this mega scandal.

We have over time seen the current PN government dishing ridiculous instructions to directives to civil servants. Just last month, MCMC issued an instruction to ministry staff as well as departments and agencies under MCMC to “like” or “follow” the social media accounts of its minister and deputy minister.

There is a moral principle that denotes that “you should treat others the way you want to be treated yourself”. It is time for members of the PN government to wise up and be careful with their words and actions. Do not belittle the civil servants especially since they are carrying all the weight now in light of your inefficiency and inability.