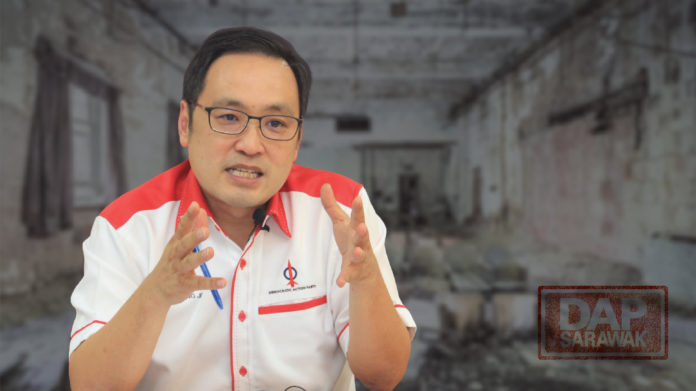 The sheer number of more than 1000 dilapidated schools in Sarawak speaks volume of how much the previous Sarawak BN Government neglected the upkeep of these schools and the welfare of those school-going children.

Therefore, it is self-deceiving for Fadillah Yusuf (MP for Petrajaya) to claim that the GPS has always prioritised and been concerned about the issue of the dilapidated schools and welfare of our rural school children.

Had the GPS, under its former BN government who has governed Sarawak for more than 4 decades, been more concerned about the welfare of rural Sarawakian children, it would have sounded the alarm when the number of dilapidated schools reached 500. Yet, the GPS Government allowed the number to grow to more than 1000.

It does not give Fadillah any credence to constantly rely on the purported promise of RM 1 billion for the repair of dilapidated schools by Najib.

One thing for sure, had Najib continued to be the Prime Minister after the 2018 General Elections, the Country would have been bankrupted with his habitual misappropriation of billions of Ringgit.

On the part of the new PH Government, we will ensure that regular and sufficient funding to upgrade and refurbish the dilapidated schools will be

granted to Sarawak every year. As the implementation of the repair works will be carried out by the Sarawak State agency, ie. the Department of Works of Sarawak (Sarawak JKR), we hope the State Government will put every single Ringgit allocated to good use and not treat these projects as their ATM machine for self-enrichment.

Meanwhile, the Federal Government will also make sure that proper mechanism and supervision will be implemented so as to prevent any misappropriation of the fund or part thereof.