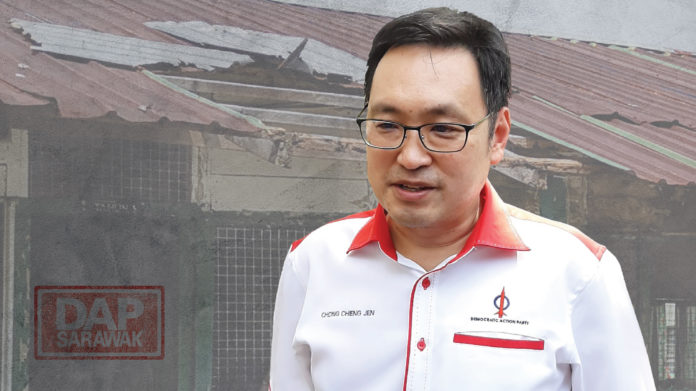 Abang Jo should check the facts first before barking up the wrong tree at the Ministry of Finance in respect of the implementation of the repair of dilapidated schools projects in Sarawak.

I have checked with both the Ministry of Finance (MOF) and Ministry of Education (MOE). The chronological of events that transpired are as follows:

1.On 4-8-2019, Abang Jo announced that Sarawak State Government has re-paid its debt to the Federal Government in the sum of RM350 million.

2.On 5-8-2019, the MOF issued a letter authorising the MOE to carry out the preparatory work on the implementation of repair of the dilapidated schools projects in Sarawak. The letter was issued out of trust based on the press statement made by Abang Jo despite the fact that the transfer of fund has not been confirmed. It was done with the purpose solely to expedite the implementation.

3.On 6-8-2019, the MOE issued a letter informing the Ministry of Works to go ahead with the preparation for the implementation of the repair of dilapidated schools projects in Sarawak.

4.On 14-8-2019, after confirmation of the receipt of the RM350 million payment, the MOF issued a second letter to the MOE informing the latter that the fund had been received and thus requesting the MOE to take all action for the urgent implementation of the repair of the dilapidated schools projects.

5.On 15-8-2019, the MOE issued the Surat Kuasa Pelaksanaan Projek (SKPP) to the Director-General for Works and the Sarawak’s Director for Works (JKR) to proceed with the implementation of the repair of dilapidated school projects.

It is clear that both the MOF and MOE have given urgent and immediate attention and action towards the above matter.

In fact, for the speedier implementation of the repair of the dilapidated schools projects, the MOF has also given the green light for the said projects to be undertaken by the Sarawak State Department of Works working together with the Sarawak State Government.

Therefore, since 15-8-2019, all necessary clearance has been given to the State Department of Works (JKR) to carry out the repair of dilapidated schools projects, ie. to call for open tenders, appointment of contractors and thereafter the supervision of the work.

It is thus most unbecoming of Abang Jo to resort to name-calling and accusing the MOF for the delay of the projects. Before he starts making baseless statements, he should at least enquire with James Masing who is in-charge of the State’s Department of Works.

Either Abang Jo is totally ignorant of what James Masing is doing with his ministry or that Abang Jo has intentionally and maliciously made the unfounded statement for his political gains.

I wish also to remind Abang Jo the following 3 things in respect of the repair of dilapidated schools projects in Sarawak:

1.It is the total neglect of both the Barisan Nasional Federal and State Government that has resulted in the existence of more than 1000 dilapidated schools in Sarawak. Abang Jo and all his cabinet members are the cause of the problem. They were in government for decades together with UMNO as the Federal Government. For this, Abang Jo still owes the people of Sarawak an explanation as to why and how such dire state of affairs could happened during the decades of BN’s rule in Sarawak.

Frontliners Are Not Supposed To Be Thanks On Lips Only —— Chong

DAP Kuching DAP Sarawak - 09/08/2020
Press Statement By Bernard Chin: The arresting of Lim Guan Eng by the MACC (Malaysian Anti-Corruption Comission) under the...

What A Waste To Spend Millions Of Ringgit For Hydrogen Buses Yet Keep Under...