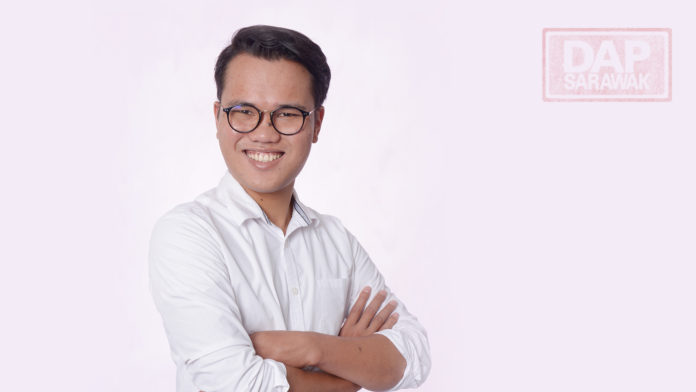 Mohd Zofrie Zulhilmie Ruslee stops being arrogant by linking the DAP with Dong Zong and alleged that the DAP is the ‘Master’ behind all this.

As a student body, you should have learned from all the mistakes that our leaders have done and improve ourselves so that when it is our time to run the country, we will be freed from the gutter politics and race-based politics.

Why are you still fall into the trap like how UMNO and PAS are trying to spread the fear among the Malaysian that the DAP is the master of everything bad. I am very ashamed of you as the head of the student union.

In your press statement, you are saying that how treacherous the DAP and linking Dong Zong dragging the country towards ethnic problems, but did Mohd Rozie realized that his statement will only make things worse and did not to clear everything? Mohd Zofrie even suggested that they will expel those who stir up the harmony, but did he even realizes his statement hurts the Chinese?

In the spirit of Federation, and as a partner for Federation the of Malaysia, we the Sarawakians and Sabahans are ashamed with an organization like GARMIS and the what many events that involve race and religion happens in peninsular Malaysia. GARMIS meanwhile instead of clear things up, they are like putting salt into the open wound.

Learn from Sabahan and Sarawakians, solve things face to face instead of blaming the DAP is the master behind all these and publish it to the media. You are a student body and the Malaysia’s future leader should be an example to our leaders.

My suggestion to Mohd Zofrie and the GARMIS, have a meeting with Dong Zong, express your concern to them and find ways to improve everything, that’s it how supposed to works!

Stop adding the fuel into the fire, but let’s a stronger Malaysia, and multiracial Malaysia free from the gutter and race-based politics. Be the change you wanna be, and be the future you wanna see.

Don’t let anyone look down on us because we are young, but set an example for everyone else in speech, in conduct, in love, in faith and in purity. To Mohd Rozie and GARMIS, let’s build a stronger Malaysia together, let’s strengthen the spirit of federation that our forefather has built to us. Come to Sarawak and have some coffee!