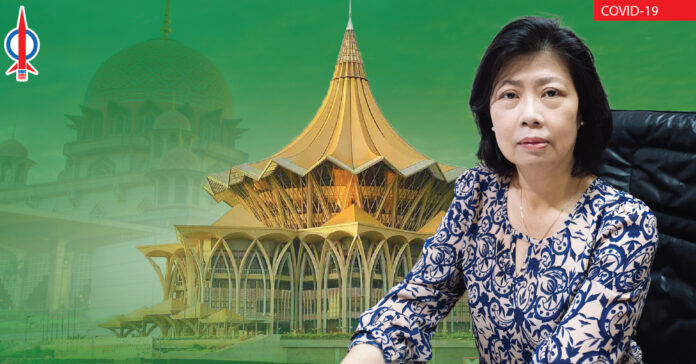 While there have been many calls from many different quarters on the strong objections of Sarawakians to the proposed drafting of four new shariah laws, in particular, the proposed bill to control and restrict the development of non-Muslim religions, we have still not heard from the person who calls the shot in Sarawak, namely, our Chief Minister.

I am sure that the Chief Minister is very much aware of the sentiments of Sarawakians and how concerned and worried are the people over the continuous attempts by PAS to pass laws which are seen to control and restrict religious freedoms in our state and country. Sarawakians would not tolerate any attempt to pass such a law which would curtail our religious freedom as enshrined in the Malaysia Agreement 1963 and the Inter-Governmental Committee (IGC) Report.

The GPS government under the CM leadership has the duty to assure the people publicly that when they came together with the PN component parties, which includes PAS, they have in their list of priorities to protect Sarawak from being influenced by outside elements which would disrupt and destroy the peace and harmony enjoyed by Sarawakians all these years.

So while the rest of us can only call for the Prime Minister to stop this proposed plan by PAS through the printed and social media, our Chief Minister as the leader of our state has the ability to communicate directly with him to convey the firm stand of Sarawakians to reject all attempts to pass laws which would compromise our religious
freedom, which has always been of utmost importance to our people.

I believe that when Pakatan Harapan fell and once again when the former Prime Minister, Mahiaddin Yasin stepped down, the Chief Minister and his cabinet had deliberated extensively on whether to link hands with the federal government. The people need to know that this deliberation had included protecting and defending the rights which are currently enjoyed by our people, including religious freedom.