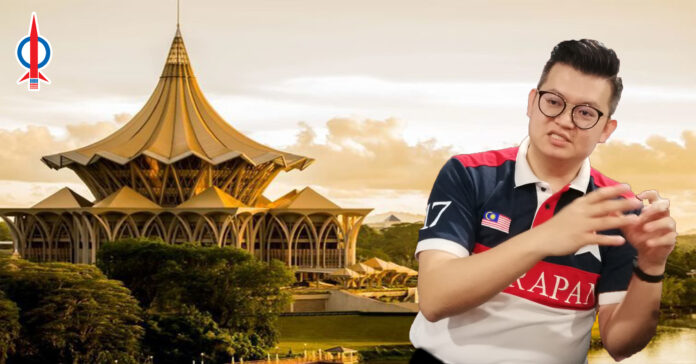 With the super-majority obtained by the GPS Government in the 12th Sarawak Elections and also the concentration of power in the hand of the Chief Minister under his new cabinet, it is even more pertinent for the necessary Dewan Undangan Negeri (DUN) reforms to be put in place to promote greater transparency, accountability and check and balance for the good of the people of Sarawak.

While the choice and vote of the people of Sarawak is respected, we cannot allow the GPS government to have absolute or unfettered control over important matters of the state especially when it comes to finances and State resources without a robust check and balance system especially in DUN.

The Sarawak State Assembly (DUN) should not be a rubber stamp of any government even if this election is over.

The concerns of the public regarding the lack of check and balance and the high concentration of powers under the Chief Minister should not be merely dismissed, but instead necessary reforms must be placed in DUN to mitigate any risk of abuse and more importantly, instil greater public confidence in the administration itself.

That is why even before the election, I have constantly stressed that the Sarawak State Assembly is in urgent need of reforms to ensure that all voices are properly represented and that there is greater accountability.

On top of such reforms, the GPS government must compel all State GLCs including DBOS and PETROS which have at their disposal billions of Sarawakians money, to report directly to DUN to ensure there is accountability and proper checks and balances.
On top of that, the Sarawak Public Accounts Committee (PAC) must be chaired by an opposition representative so that the person can scrutinise any financial irregularities including State GLCs without any fear or favour.

They can also establish more Select Committees in DUN and be given enough resources and manpower to shadow each of the Ministries in Sarawak and operate as entities to check and balance respective ministries. These committees should be chaired by both the government and opposition elected representatives to allow better transparency and accountability and fully utilise all ADUNs to be involved in policy discussions.

To ensure a more robust check and balance in DUN, the government should also extend the number of DUN sittings in a year as currently, the Sarawak DUN is only convened twice a year with each sitting lasting approximately 10 days.

This is insufficient to cover the breadth of issues concerning Sarawakians and for all ministers to answer all queries by each elected representative. There should also be a special Chief Minister Questioning Time where the CM himself to come into the Assembly to answer directly from the floor questions and comments by each ADUN representative from both political divides of the floor.

In order for more robust debates, check and balance and to fully utilise all ADUNs to be involved even in policy discussion, more days must be added for the DUN sitting.

Such reforms are common in mature democracies around the world and even in few States in Malaysia. If we aspire to be a mature and world-class democracy, the Sarawak Government should lead and introduce such reforms in Sarawak.

Sarawak’s future and the future of its people is closely tied to how it is governed. Good governance and stronger check and balance will ensure the voice of Sarawakians continue to be upheld and for that to happen, its supreme legislative branch must be reformed to ensure greater transparency and accountability.

MA63 Amendment: 2 years late, but we march on for Sarawak