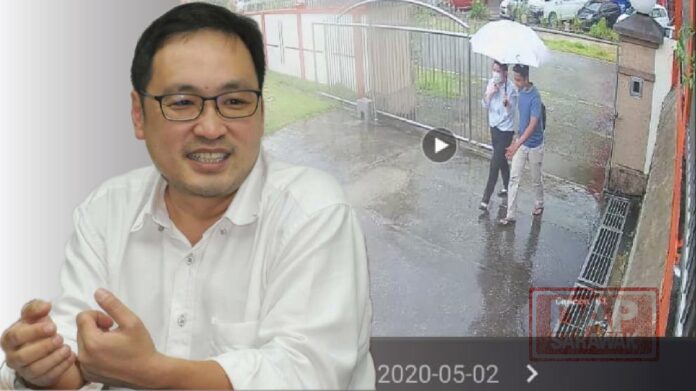 On 2-5-2020 last Saturday afternoon, I have received a letter of demand from the lawyer of Dr Sim Kui Hian, demanding an apology over my criticism on the discrimination by the GPS Government against the Opposition ADUNs in terms of the food aid allocation. He has also demanded for payment of a certain sum in addition to the apology.

To start with, the letter was served during the Movement Control Order (MCO) and the deadline given which is 7-5-2020 is also well within the MCO period.

I do not know whether Dr Sim and his lawyer has the necessary permit from the MITI to operate as such. But, even if so, surely from a CCTV footage of my house on the two process servers, they have failed to complied with the SOP set up in the MCO regulation when coming to my house.

In my case, my lawyer and I will comply with the MCO regulations. As the legal firm is not in operation during this MCO period, I have no choice but to resort to a public statement to refute the claims by Dr Sim.

The following is my reply to his lawyer’s letter of demand:

It is regrettable that instead of being transparent on the food aid allocation for Padungan, Pending, Batu Lintang and Kota Sentosa (a total sum of RM800,000), Dr Sim, as a State Minister and also playing one of the leading roles in the Sarawak Disaster Management Committee, refused to be held accountable for and to be transparent on the management of the said allocations.