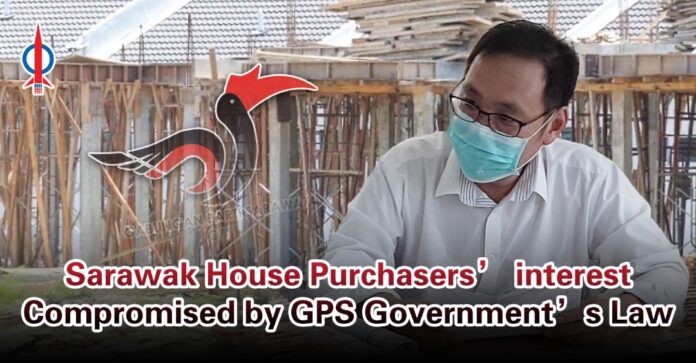 In January, 2021, the Federal Court ruled that in West Malaysia, the time for a Developer to deliver the houses to the purchasers shall be calculated from the date the booking fee was collected, not the date of the Sale and Purchase Agreement.

As an illustration of the effect of the Federal Court’s decision, in the case of a developer collecting a booking fee from a purchaser on 1.1.2000 but the Sale and Purchase Agreement was only signed on 1.4.2000. The 24 months for delivery of the house to the purchasers as provided under the Sarawak Housing Development Ordinance shall be calculated from 1.1.2000 and NOT from 1.4.2000 and penalty (the liquidated damages) for late delivery shall be paid by the Developer starting from 1.1.2002.

Such Federal Court decision was made in the spirit of protection and further enhancement of the interest of the Purchasers against the developers.

In other words, according to the Kuching High Court decision, the provisions under the Sarawak Housing Development Ordinance are less favourable to the house purchaser as compared to the similar provisions in West Malaysia.

We all know that Sarawak is always different from West Malaysia. However, such difference and autonomy should not be used to the detriment of the ordinary Sarawakians and helped the exploitation by the rich.

At times, the payment of booking fees and the date of the Sale and Purchase Agreement can be months apart, the provisions in the Sarawak law will give developers a loophole to circumvent the 24-month period to complete and deliver the houses, thus compromising the protection given to house purchasers.

As the law regulating the Sales and Purchase Agreements for housing projects in Sarawak in its present form is less favourable to the ordinary house purchasers compared to such law in West Malaysia, there should be immediate effort taken by the Sarawak Government to amend the law to be at least on par with the law in West Malaysia so far as it governs the benefits of the house purchasers.

The SUPP Michael Tiang’s statement only exposes the GPS as a political coalition favouring developers at the expense of ordinary Sarawakians. It is a well-known fact that several SUPP’s leaders and their candidates in the last State elections are also involved in housing development projects. There is, to a certain extent, conflict of interest.

We DAP therefore urge that there be an amendment to the relevant part of Sarawak Housing Development Ordinance and its standard Sale and Purchase Agreement so that ordinary house purchasers be given the same benefits and protection (if not better) as our counterparts in West Malaysia.