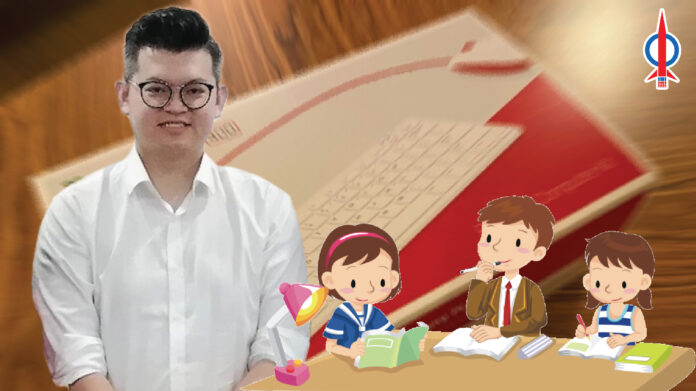 The Sarawak State Government should provide more clarity and information regarding their plans to spend RM 12 million to purchase Raspberry Pi computers for all 1265 Primary Schools in the State in the spirit of transparency and accountability to avoid any wastage or even possible corruption during the procurement of these devices.

This is in response to the State Education, Science and Technological Research Minister Datuk Amar Michael Manyin announcement regarding the State Government plans to purchase these compact single board computers to aid in the teaching of the students in schools starting from next year.

While I am for the adoption of modern technology into education and also modern teaching tool in order to provide a better learning environment for the students, but it is important that there is more transparency for the whole agreement to prevent wastage and make sure that these model that is chosen, is suitable for the usage of our primary school students.

The Minister should answer how many of such computers that the State Government intends to purchase with the RM 12 million and how will these computers be distributed to each primary schools? Who has obtained this tender and was it done by open tender to get the most competitive prices for the computer and not merely to profit any single crony with inflated prices at expense of public funds?

All these questions must be answered in a transparent manner as we do not want to repeat past mistakes including the 1Malaysia Notebook project which did not achieve the intended target. The computers provided were of low quality and easily spoil even though whole project costed up to RM 400 million.

Another important question we need to ask is the suitability of these Raspberry Pi to provide a conducive learning environment for our primary school students.

The Raspberry Pi is basically a single board computer that has an HDMI output to Display, with Bluetooth, WiFi, USB & Ethernet ports embedded.

The latest Pi 4 has a 1.5GHz ARM CPU running on 2 – 8GB of RAM. It uses a Linux Operating System(OS) called Raspbian OS. Installing softwares is time consuming & complicated for primary school students. It DOES NOT run Windows or Mac, which students are often used to.

Although it may have decent in processing speed, it cannot be used to replace a full fledge PC. It cannot run Windows softwares like the Microsoft Office which has the main programs such as Words, Excel or even Power Point that is important for the students.

On top of that, most teachers are also not familiar with Linux OS. All these tech device should be user-friendly and easily adopted so that it does not create technical barriers for it to be fully utilised.

So, at the end of the day, if the Minister’s intention for the schools to replace the normal desktop, then the choice of these Raspberry Pi is not suitable and we do not want to end up wasting RM 12 million for something that may not be user friendly for the students and even teachers while will then not achieve the conducive learning environment it intends to.

That is why the Minister should come out with the justification on the choice of such computers for our primary school students. If the government intends to narrow the digital gap between the rich and the poor and also those in urban and rural divide, then I suggest they look at finding ways to assist the students to purchase proper laptops so that they can also use for their home-based learning especially during this Covid-19 season.

That is why I seek clarification on this matter and it is important that the Minister is transparent with all the concerns raised as we need to learn from the mistakes and wastage of the past is not repeated.