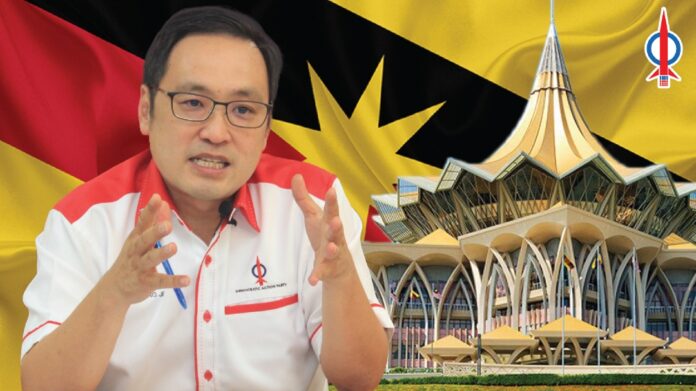 One whole week has passed since the amendment to the Constitution of the State of Sarawak was passed in the Sarawak DUN.

On the issue of the step-son of Taib is now eligible under the amended Constitution to be an elected State Assemblyman, there is a deafening silence from the Ministers, including Abdul Karim who tabled the Amendment Bill. All of them seem to be avoiding the question.

Only the Deputy Speaker Gerawat and the ex-DAP ADUN Wong King Wei came to the defence of GPS by claiming that the word “parents” connotes biological parent.

This, however, is a miserable attempt by the two to try to defend the rush-job of GPS in tabling the Amendment Bill, while all the GPS ministers are dead silent on the issue.

The simple question is that, if biological parents were truly intended by the amendment, why was the word “biological” not included in the Amendment Bill? And why are the GPS ministers so quiet about it, leaving it to an ex-DAP ADUN to lead the defence for GPS?

In fact, with the new amendment, not only that a non-Sarawakian can be an ADUN by virtue of the birth place of his/her parents, on the other hand, a true Sarawakian may be denied the rights to be an elected ADUN of the State.

As an illustration, a Sarawakian couple while temporary working in West Malaysia gave birth to a son in West Malaysia. Their son is a Sarawakian and his Identity Card will have the number “13” and the letter “K”. After the birth of their son, the couple together with their son moved back to Sarawak. The son grew up in Sarawak. If the son married someone who is also not born in Sarawak, under the new Amendment, the son’s children will not be eligible to be elected as a member of the Sarawak State Assembly even if they are Sarawakians and reside in Sarawak their whole life.