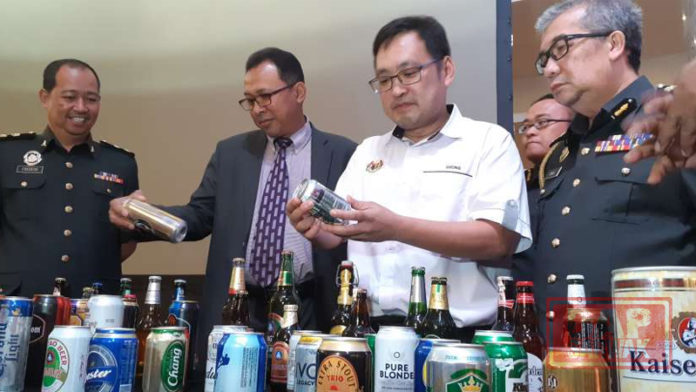 KUCHING: The sale of illicit beer in the country has resulted in RM1.5 billion loss in excise duties and import tax.

“Based on industry estimate, the loss to the country from (sale of) illicit beer is about RM1.5 billion, which includes excise and import taxes, because 80 to 90 per cent of beer available in the country are imported,” Heineken Malaysia Bhd’s head of corporate affairs Shagivarnam G Ratnam told reporters here yesterday.

He was representing Confederation of Malaysian Brewers Bhd at the launch of ‘Illicit Beer Awareness Programme’ in Imperial Hotel here, where Deputy Minister of Domestic Trade and Consumers Affairs Chong Chieng Jen officiated at the ceremony.

He did not mention the age group of the ‘drinking’ population in Peninsular Malaysia, but in Sarawak, it was between 21 and 60 years.

Meanwhile, Chong stated the term ‘illicit beer’ as defined as those not brewed by licensed brewery companies in the country, those without proper brewery guidelines and safeguard, and those being smuggled and sold in the country without excise duty being paid.

He said his ministry would work closely with Health Department, Customs Department and other relevant agencies to address the problem of illicit beer.

“The policy of the government is to encourage consumers to drink legal beers, which are brewed accordingly, and to stop drinking illicit beer, which is harmful to the health.”

Chong added that drinking legal beer would also help contribute to the national coffers, which would to be used for development purposes later on.