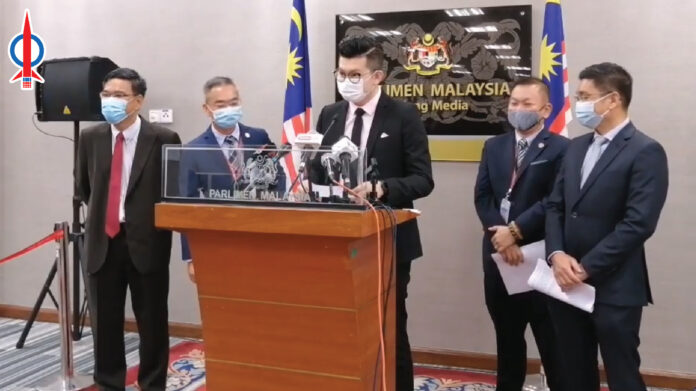 The current Perikatan Nasional(PN) government must show more urgency in repealing Section 309 of the Penal Code to “decriminalise attempted suicide” to properly deal with this issue especially with the increasing cases due to the anxiety and stress induced by the current Covid-19 pandemic which will exacerbate certain tendencies especially those that may have pre-existing mental health conditions.

I recently received a Parliamentary answer saying that the government is still studying the matter and still in the stage of consulting the relevant stakeholders. Fact of the matter is, this was the exact answer that I received in the last Parliamentary session and yet since there, little have seen to be done even with the the urgency of the matter.

Under the previous Pakatan Harapan Government, the then Law Minister Datuk VK Liew was invested in making sure this reform happens and even said that the necessary reforms would have been ready for a June tabling in 2020. However since the change of government, there seems to be little urgency in implementing this needed reform even with the background of Covid-19.

Since the start of the pandemic and the implementation of restrictive interventions such as the MCO, experts including Mental Health associations, centres and even clinics have reported a significant increase of mental health cases among the people. Many are finding it hard to cope with isolation and economic hardship.

According to the police, there were 78 suicides nationwide from March 18, when the shutdown began, until June 9. There were 64 suicides in the same period last year.

Malaysian think tank The Centre in April said a study it conducted found that some 45 per cent of 1,084 Malaysian respondents were experiencing varying levels of anxiety and depression during the MCO.

A total of 34 per cent of 4,142 calls received by the Befrienders between March 18 and May 16 were related to the Covid-19 outbreak. Over a third of the calls about Covid-19 were suicidal in nature.

The Health Ministry also reported that it received some 2,500 phone calls and more than 1,000 WhatsApp messages between March 28 and April 12, during the early days of the MCO, on its Psychological First Aid hotline.

So we have seen clear trends of an increased in either suicides, possible attempts and even ideation due to what experts have termed the “silent mental health pandemic” due to Covid-19.

That is why the government must be proactive and show more urgency in dealing with this issue holistically. They should not be treated as an “accused” but rather a patient who needs all the required therapy and support.

There is no evidence to show that decriminalising attempted suicide will lead to more cases or even act as a deterrent from such cases, but instead it may actually cause other adverse effects including, further marginalizing them from getting access to much needed help from mental health services.

However it is also important to note that decriminalisation should not be the sole step to address this growing issue. There also has to be a greater investment into Malaysian Suicide Prevention and Strategic Action Plan and also a reform on the Malaysian Suicide Registry. On top of that, an extension of insurance coverage for mental health will also go a long way to help de-stigmatise and properly address this growing issue.