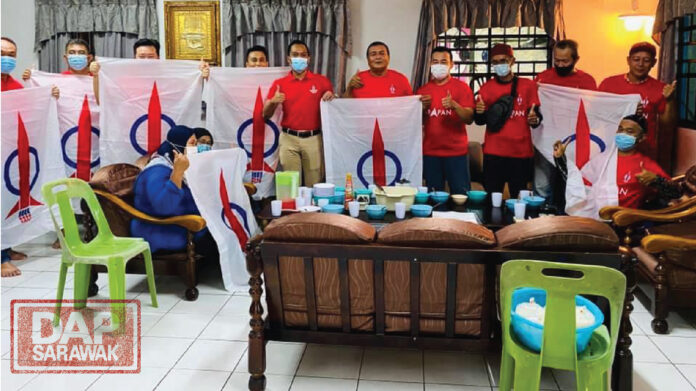 Recently, the news regarding the dissolution of the DUN Sarawak became hotly debated when the President of the Parti Pesaka Bumiputera Bersatu (PBB) Datuk Patinggi Abang Johari Tun Openg hinted that the SE12 will be held by this year.

However, his statement received brickbats and criticism from the vast majority of Sarawakians. This is because most feel that it is not appropriate due to the increasing rate of Covid-19 infections in this country. Although the state government has assured that the number of Covid-19 infection cases in the state is under control, the virus can mutate and spread rapidly as the country had witnessed in the recently concluded Sabah SE16.

Statement after statement from PBB senior leaders in support of Abang Johari’s statement proves that the PBB is not sensitive to the feelings of the vast majority of Sarawakians. If it is true that PBB leaders prioritize the safety and welfare of the people of Sarawak, they should
postpone the dissolution of DUN Sarawak and the Sarawak SE12 until September 7, 2021.There is no reason for Abang Johari to dissolve DUN Sarawak this year as the state mandate will end on September 7, 2021.

According to Abdul Aziz Isa, the obsession of PBB leaders to call for state elections this year proves that the PBB only cares about their political survival without considering the security and welfare of the people. In fact, if the Sarawak SE12 is held by this year, it will be difficult for young people working outside Sarawak to return to vote due to the 14-day quarantine order that will be imposed on them. Of course, this 14-day quarantine order will invalidate their desire to
return to state to cast their votes and eventually deny them the right to exercise their responsibilities as voters.

If Abang Johari still insists on dissolving the Sarawak DUN and hold the SE12 while our country is still facing the Covid-19 pandemic, Abdul Aziz Isa urged the people of Sarawak to reject PBB as a sign of protest and don’t give PBB the chance to return to power.