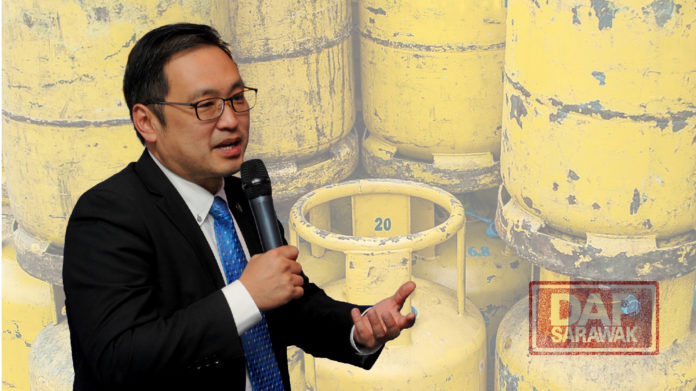 The Domestic Trade and Consumer Affairs Ministry views seriously the recent shortage of Liquefied Petroleum Gas (LPG) by the company MyGaz (the yellow gas cylinder) as this is affecting the lives of many households and particularly the livelihoods of hawkers and food stalls operator.

Upon our investigation, the ministry was informed by the company MyGaz that the valve cylinders of more than 34,000 of its cylinders were found to be leaking. As such, it has reduced its daily production of 10,000 tongs to half the volume.

MyGaz has taken steps to remedy the situation by ordering more cylinder from West Malaysia, buying new cylinders and importing new valves from Thailand. However, a week after the first incident happens, there is still no satisfactory dateline given by MyGaz to fully resolve the problem.

Meanwhile, the Ministry has contacted Petronas who is ready with excess gas tongs (the green gas cylinders) to fill up the shortage of LPG cylinders amongst the MyGaz customers but Petronas will need MyGaz to supply the information on its distribution network and customers facing the shortage problem.

The business and profit consideration on the part of MyGaz should not take precedence over the greater public interest of having uninterrupted supply of LPG cylinders.