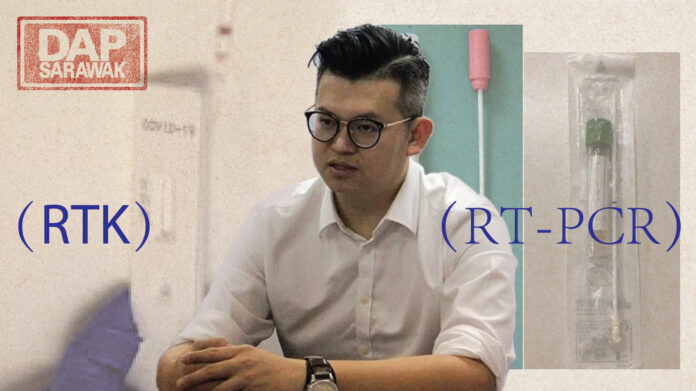 The amount of asymptomatic COVID-19 carriers that tested positive for COVID-19 on a RT-PCR upon landing in Sarawak, despite testing negative on an antigen rapid test kit (RTK) earlier at KLIA is worrying and does raise certain question on the specificity and sensitivity of these antigen RTK kits being used, especially to screen passengers coming in from outside the country.

RT- PCR tests are the gold standard for detecting active infection of SARS-CoV-2 and hence, are used to diagnose Covid-19. Antigen RTKs detect antigens, which are viral proteins expressed only when the virus is actively replicating, so tests based on antigen detection can identify acute or early infection. However, RTK has a much quicker turnaround time at just minutes, whereas the RT- PCR test takes 24 to 48 hours to yield results in the lab and costs much more.

Based on the Sarawak Disaster Management Committee’s (SDMC)’s announcement that an asymptomatic Malaysian man tested positive for COVID-19 on an RT-PCR test in Sibu on July 7, that means in total there have been five of such similar cases, including the Sibu patient who had returned home from Saudi Arabia. One is in Miri that came back from Tunisia, two in Bintulu that came back from Mexico and the UK, and two 2 more in Sibu coming back from Sibu the UK and Saudi Arabia.

The five false negative results, as reported by SDMC,is is concerning because, even though those returning from overseas are required to undergo home quarantine for 14 days, the false negative result may give both the Persons-Under-Surveillance (PUS), and even close family members, a false sense of security.

This may cause them to be lax in taking all the necessary precautions during home quarantine, including exposing themselves and other close family members in the same house to infection.

This again runs the risk of those close family members exposing the risk of infection to others when they go out of the house as well.

While I understand that such Antigen RTKs are not 100%, but I believe the Ministry can also be transparent on the kind of Antigen RTK that is being used, its local and international supplier, as well as its sensitivity and specificity. MOH should also reveal the volume of the antigen RTK purchased and the amount of money spent on it.

Sensitivity measures how often a test correctly generates a positive result for people who have the condition that’s being tested for. A test that’s highly sensitive will flag almost everyone who has the disease and not generate many false-negative results.

Specificity measures a test’s ability to correctly generate a negative result for people who don’t have the condition that’s being tested for. A high-specificity test will correctly rule out almost everyone who doesn’t have the disease and won’t generate many false-positive results.

Based on MoH’s guidelines, the RTK’s that are used must meet the ministry’s accuracy requirement with a sensitivity rate of 84.4% and a specificity rate of 100%.

It is also important that they ensure that all RTKs must be validated by IMR or NPHL as recommended under the Ministry’s guidelines. The recommended MOH test is Standard Q Covid-19 Ag SD BIOSENSOR.

That is why I strongly encourage those returning from overseas to adhere to all the necessary precautions during home -quarantine, even though they were tested negative on a RTK, including limiting their contact with family members during that period. This also includes doing a second test as required on the 13th day to be extra sure there is no presence of the corona- virus in the body.

It is always better to lean on the side of caution as we want to remove any risk of infecting others, especially our love ones.

I also strongly encourage all those returning to Sarawak to be honest about their travel history, especially if they have been overseas, so they can be given an RT-PCR test to properly rule out the risk of infection even if they tested negative on a RTK in KLIA. All of this is our collective social responsibility to protect our fellow Malaysians and others from the risk of infection and also the possibility of a second wave that will have devastating effects on our economy.